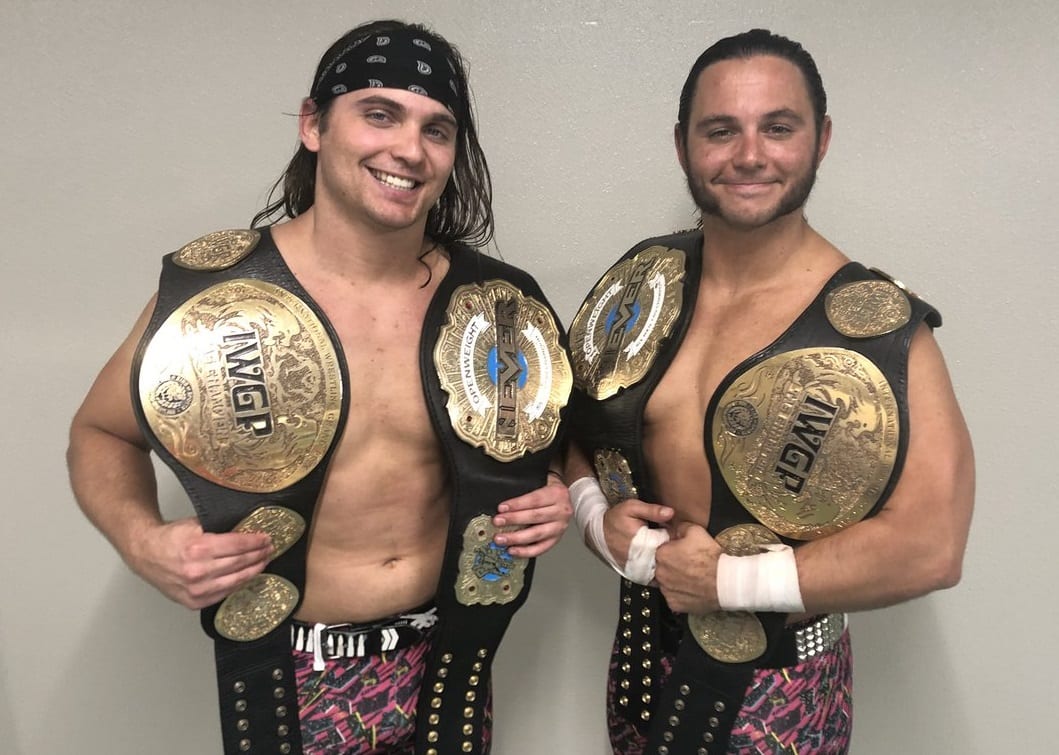 The Young Bucks won the IWGP Heavyweight Championships at New Japan’s Dominion show when they defeated Evil and Sanada.

They’re quickly becoming one of the most decorated tag team in history. Let’s just see how WWE works out for them if they ever take the chance and sign but at this point, it looks like they’re doing just fine.