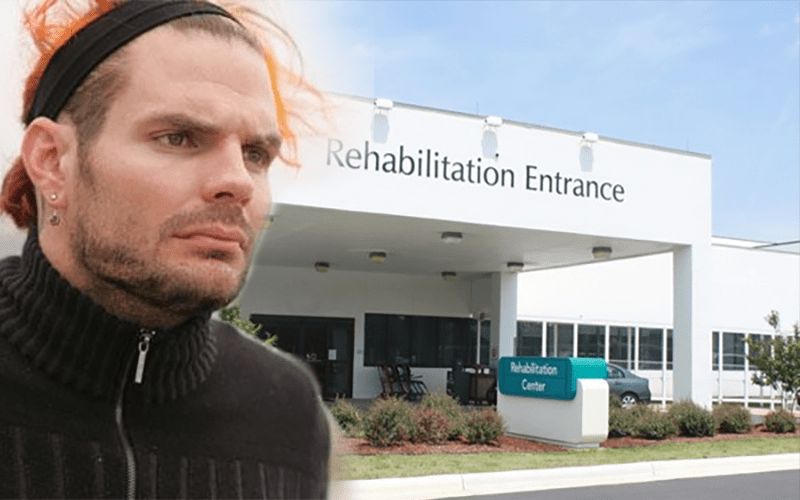 While discussing Jeff Hardy’s arrest over the weekend for a DUI during today’s installment of Wrestling Observer Radio, Dave Meltzer suggested that WWE may make Hardy complete rehab before they allow him to return on the road with the company because of his track record.

“So Jeff Hardy, we talked about this last night, he got a DUI. What happened was that he crashed his car, his car veered off the road. Obviously with Jeff it’s a pretty bad deal because of his track record. With Jey Uso in January he got a DUI and for the most part nothing happened to him. He was pulled from an appearance and there were little things but The Usos weren’t buried. They didn’t take the belts off them. They didn’t do anything publicly to them and they didn’t even acknowledge it really but that was a first time offense and there wasn’t a crash involved. This is a crash involved. It’s Jeff Hardy and he blow an 0.25 on his breathalyzer, which is pretty bad. Sometimes there are a lot of different double standards based of if you like a guy or if you don’t like a guy and Jeff hardy is one of those guys that pretty much everybody likes. He’s been around for a long time, he works really hard, he started as a kid, he beats to a different drum and all that. He doesn’t seem like he’s a harmful guy. That’s the reputation that he kinda has. The problem is — You know he’s had issues, on and off for years and years and years. I think that in this case that — that 0.25 thing and the crash and the fact that he is a guy who has a felony record on drug charges from several years ago, he has two strikes on his WWE thing. I think that WWE pretty much, and I don’t know how they are going to handle it, but I think they pretty much have to send him to rehab.”

Meltzer explained how with Jeff’s long track record and having felonies for substance abuse, that it would be good for everyone involved for him to complete rehab before they put him back on the road,

“I don’t think there is any question about this. I think it’s the only thing they can do if they want to use him. I mean, they can do whatever they want obviously but for the good of him and everyone in the company. First thing’s first is to get him healthy. I mean, him coming back and wrestling right now and putting him back on the road. If he didn’t drive that’s one thing but he did and he did crash. If there was no track record and this was a first time thing but this is a long, long track record. With a lot of these guys you want to really hope that they are clean and more often than not, they’re not. When you hear they are, there are certain guys where people have gone and said over and over again they’re clean, they’re clean and then when I ask around, they’re not. With Jeff, you want to believe that Jeff is clean. You want to believe that Matt’s clean. Matt actually tweeted something about it, which I was kinda surprised about — basically saying he was clean. It was almost like, WOW! I don’t know what he was thinking in doing that but never the less it’s not a big deal as Matt isn’t the issue here. Jeff is the issue, but I really think they need to put him in rehab before thinking about bringing him back.

Meltzer also revealed that they filmed Jeff’s return as part of The Ultimate Deletion match between Bray Wyatt and Matt Hardy at The Hardy Compound but suggested that they somehow edit him off and bring him back once he’s healthy.

“They filmed the thing for next Monday, The Ultimate Deletion thing for next Monday. That was filmed on Thursday and Jeff was in it. That was Jeff’s return. It will be interesting to see if that thing airs on Monday and Jeff is in it or not. I think it’s probably best for all concerned that they edit Jeff off it and don’t bring Jeff back. There has got to be way to edit him off. There are always ways you can edit him off.”

“I told he was in a cameo appearance. We will see how WWE handles it. This is not one you can take lightly and there is too many issues with Jeff in the past.

Do you think WWE should hold off on Jeff’s return until he is healthy? Sound off in the comment section below…