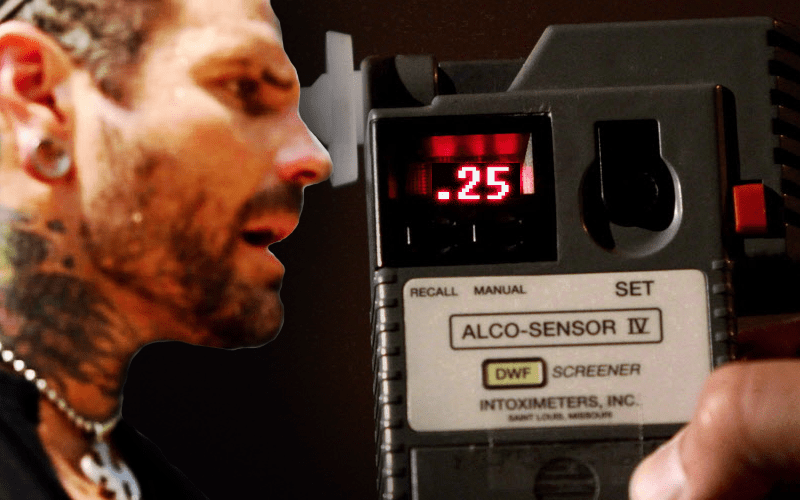 As previously reported, Jeff Hardy was arrested Saturday night at 10:20 PM in Cameron County, North Carolina for driving while impaired.

Hardy was apparently driving around and hit a guardrail. The accident report says that hard “ran off the roadway to the right, in turn striking about 105 feet of guardrail before the back end of the car spun out of 90 degrees to the left, coming to rest in the middle of the right N bound lane of travel.”

Hardy was released about an hour after his arrest but he’s not allowed to legally drive for 30 days. Hardy has a court date scheduled for April 18th.

In an update, TMZ reports that Hardy submitted to a breath test and blew a .25 — more than three times the legal limit. He was immediately booked for misdemeanor Driving While Intoxicated.

It remains to seen if WWE punishes him for the incident. WWE issued a statement saying that they are investigating the arrest. We will keep you updated…