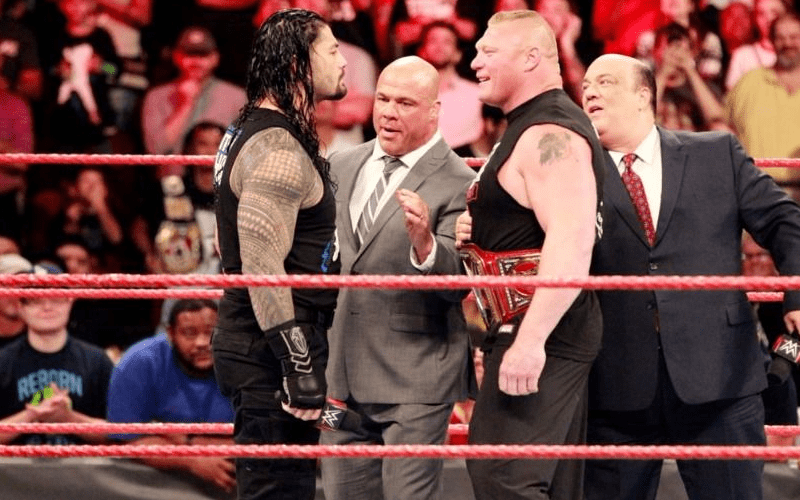 Dave Meltzer mentioned on the latest installment of Wrestling Observer Radio that there appears to be some internal concern with the main event match of WrestleMania that features Brock Lesnar defending the WWE Universal Championship against Roman Reigns.

Meltzer indicated the concern could be over the accused steroids dealer Richard Rodriquez touting that he has evidence that could implicate the Reigns. WWE would need a back up plan in place if the accusations against Reigns are serious. There could also be concern with Lesnar, as he missed this past week’s episode of RAW after he was heavily advertised for the event and his status could be in question as well.

Meltzer explained that the company is basically leaving Strowman’s WrestleMania schedule open, as he would used as the backup plan in case things don’t pan out with Reigns or Lesnar. This would explain why WWE nixed the planned Strowman vs. Miz match for WrestleMania.

“There is concern about Roman Reigns for sure but right now the idea is that he’s the main event at WrestleMania. There is a Braun Strowman back up plan clearly in place.”

Meltzer suggested that Elias could end up being Strowman’s WrestleMania opponent if nothing comes from the Rodriguez accusations and there are no implications with Lesnar’s WWE status.

“They could go with Strowman vs. Elias, if they have Roman Reigns and Brock Lesnar.”