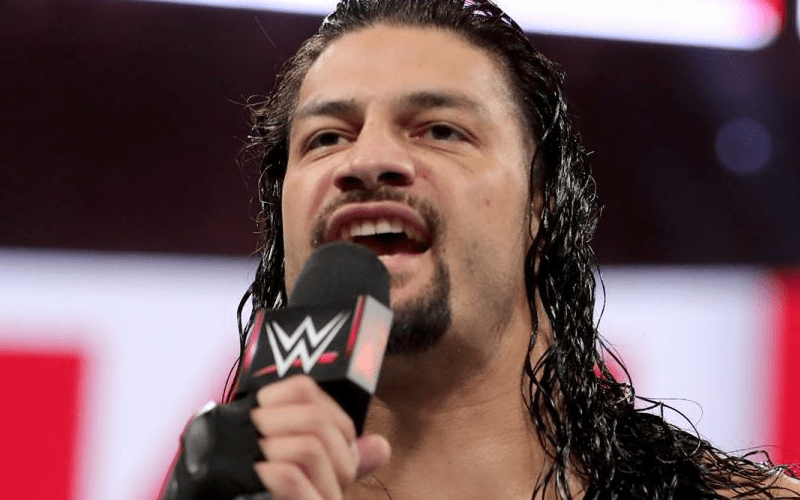 As seen on Monday’s episode of RAW, Roman Reigns cut arguably his best promo in WWE to date on Brock Lesnar and how he wasn’t at the show to have the faceoff segment that was previously advertised.

Dave Meltzer discussed this segment on today’s installment of Wrestling Observer Radio and mentioned that he’s not sure exactly what went on here but Brock was booked for the show. Brock is booked for RAW in two weeks in Milwaukee but he’s not booked for next week’s show.

“If it was a last minute angle change or something happened, I dont know. That’s what I know so far,” said Meltzer.

Regarding Roman’s promo and if it was a shoot, Meltzer indicated that it wasn’t and the entire promo was scripted.

“What he did in the ring was obviously scripted. The question is why did the script change? Did somebody come up with an idea?”

Meltzer explained how this is the exact same thing that happened three years ago when Brock walked out of a taping and disappeared when his contract was coming up. Vince ended up demanding that he better show up and do a show. Brock did end up doing WrestleMania that year and signed a new contract with the company.

Meltzer elaborated further how Lesnar was advertised and a confrontation between Lesnar and Reigns was in the original script for this week’s show.