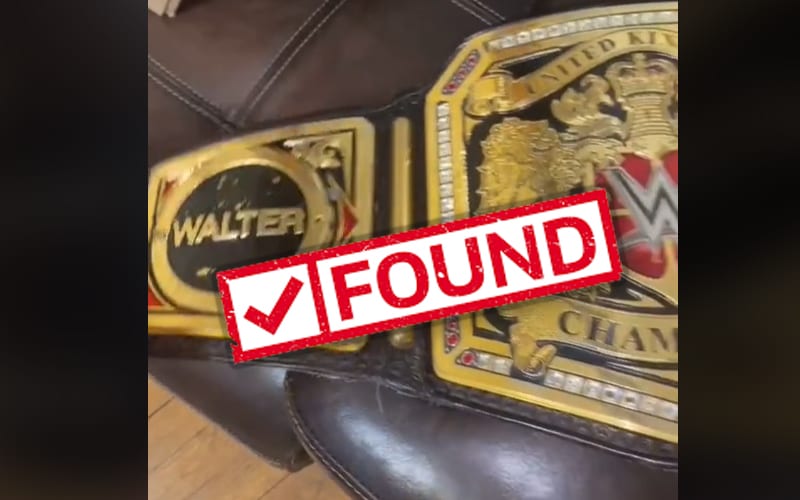 WALTER’s NXT UK Title was stolen in 2019 along with his gear and passport. Thankfully, he was able to find something to perform in that night in Chicago, and he got back home okay. That title belt is now back where it belongs as well.

A TikTok user named vndschicago claims that he bought that stolen belt. When he realized that he had a hot title, he did the right thing and he sent it back to WWE.

In return WWE sent him a replica title that was signed by several stars. That was a pretty great trade.

The video has received a ton of attention already and it seems legit. It’s good to hear a positive end to that awful story.