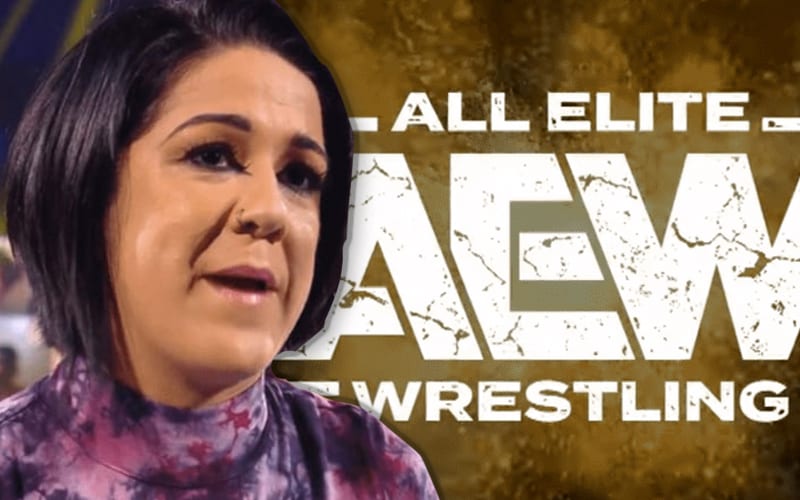 AEW has a few factions and it seems that they add to those groups every week. On Dynamite this week, QT Marshall introduced his new stable and he had a very interesting way of addressing Aaron Solow.

When QT Marshall was running through the members of his new stable, he said of Aaron Solow that he’s not going to be known as just someone’s boyfriend. This was a very inside line that not a lot of fans understood.

Solow and Bayley dated for years and they were engaged to be married. The two recently broke up, which Solow publicly addressed. Bayley has not commented on the breakup yet. It is interesting that they mentioned this relationship on AEW Dynamite in this fashion.

We’ll have to see what AEW does with the new faction, but they are certainly bringing reality into things.