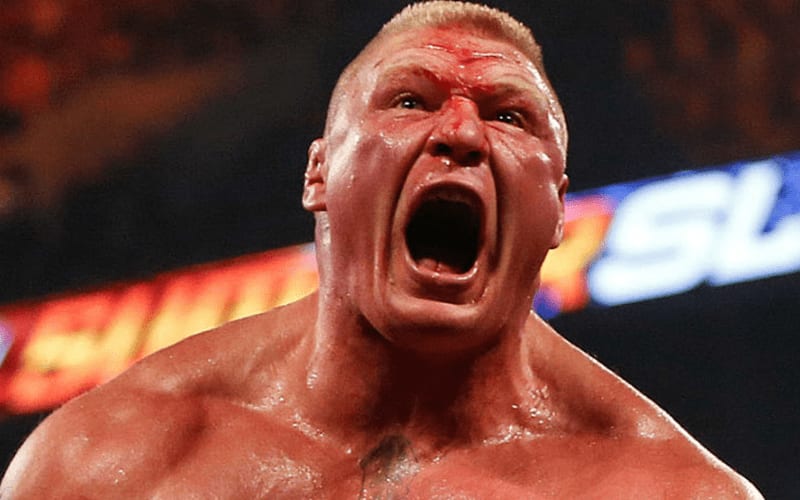 Brock Lesnar is undoubtedly one of the best in-ring competitors to have ever stepped foot inside the squared circle. He is also a legitimate fighter as he competed in the UFC as well.

After the end of his first in WWE, Brock Lesnar also competed in NJPW for a while. It seems a NJPW legend wasn’t the biggest fan of Lesnar while he was there.

While speaking on the High series, Hiroshi Tanahashi talked about Brock Lesnar’s run in NJPW. The two were supposed to have an IWGP Heavyweight Championship match in 2006, but it got cancelled due to Lesnar’s visa issues.

“I go in there and (Riki Choshu) says ‘Lesnar’s not coming’. I was just stunned, like the world had gone into darkness in front of me. I never knew the real ins and outs of the contract issue, but I do know he had a really special money situation going on, and I would imagine that was what was at the heart of it. It was really an unprecedented set of circumstances when it comes to IWGP title matches,

Tanahashi then criticized Brock Lesnar’s in-ring work, stating that he is very selfish in the ring and that Lesnar only cares about money and not where Lesnar was wrestling.

“To be brutally honest, I could never get into any of what I saw of Lesnar. It was all one sided, a completely selfish way of wrestling. I saw him come up in the early 2000s, and he was just pounding people, you never got to see anything from his opponents. I just didn’t understand his deal at all… To be honest, Lesnar didn’t really care about where he was wrestling as long as he got his payoff,”

Brock Lesnar hasn’t been seen on WWE television since WrestleMania 36 last year, where he dropped the WWE Championship to Drew McIntyre. Currently, it is unknown whether Lesnar will return to the company anytime soon.