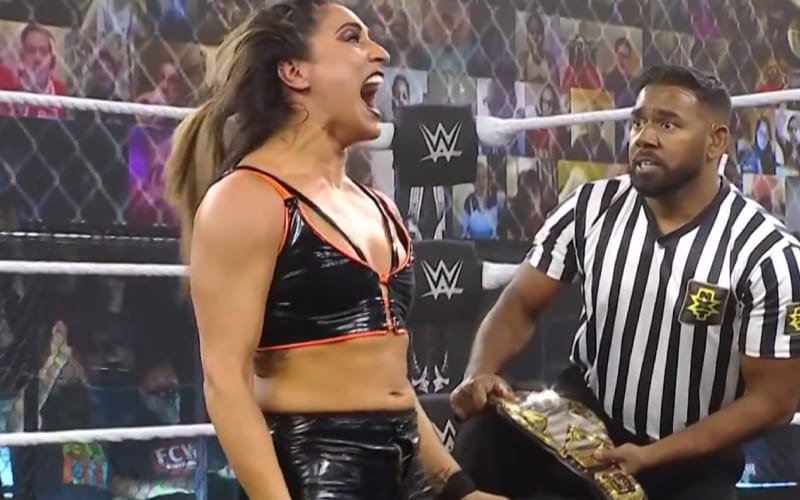 WWE brought a big night for the first night of NXT TakeOver: Stand & Deliver. The night ended with a big title change.

Io Shirai and Raquel Gonzalez closed out the first night of TakeOver. They had a great match that went all around the Capitol Wrestling Center. Shirai even hit a big dive off the TakeOver entrance.

Gonzalez kicked out of Io’s moonsault before mounting her comeback. Then Raquel Gonzalez hit her finisher on Io Shirai and won the NXT Women’s Title. The night closed out with Gonzalez celebrating alone because Dakota Kai was ejected from ringside during the match.