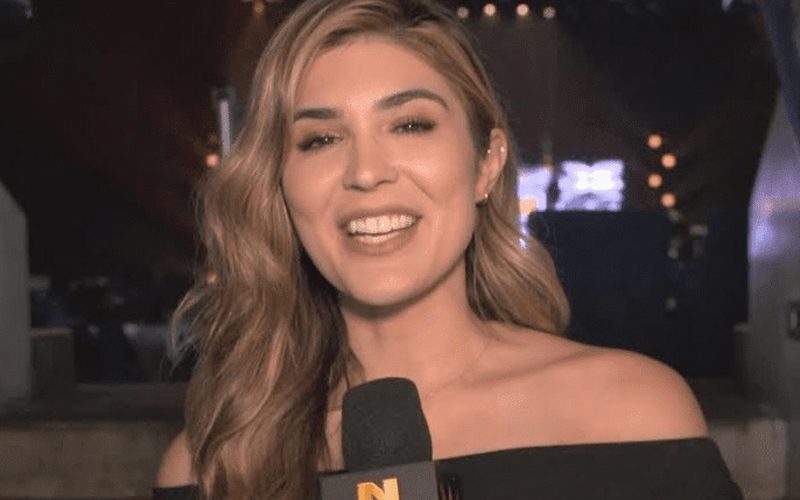 Cathy Kelley bid WWE farewell, but she will always be a part of the family. The former WWE host will be a part of TakeOver this year, but she won’t physically be there.

WWE The Bump announced that Cathy Kelley, Riddle, and Lita will be on hand for the Watch Along during NXT TakeOver: Stand & Deliver. This drew an immediate reaction from fans who love seeing Cathy Kelley back on a WWE graphic.

Cathy Kelley teased fans the other day by tweeting out “see you soon.” We didn’t think much of it until this announcement dropped. She is also preparing to drop her own line of merchandise.

Kelley left WWE in February 2020, just before the pandemic took hold of he world. She has remained active on social media since then and done a few smaller projects. We’ll have to see if this will be WWE’s way of bringing Cathy Kelley back to the fold. Stephanie McMahon is a huge fan of Kelley’s and she wants her back in a big way.