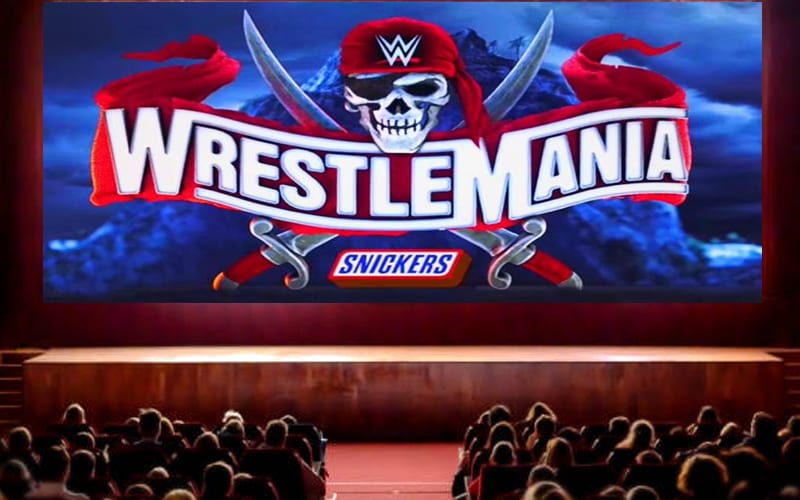 WWE’s biggest show of the year is a worldwide sensation. Fans in Saudi Arabia will get a very unique viewing opportunity.

Wrestling Club tweeted out a photo of an advertisement from Saudi Arabia. They also included a caption which translates the ad from Arabic.

We’re not certain about any other details regarding how many cinemas are receiving WrestleMania. This would be quite a way to take in the show of shows, that is for sure. It might also be a very long stay in the movie theater, especially if there is a double-feature of both nights.

WWE isn’t the only company to recently offer their pay-per-view in a movie theater. AEW Revolution also showed at select cinemas as well.