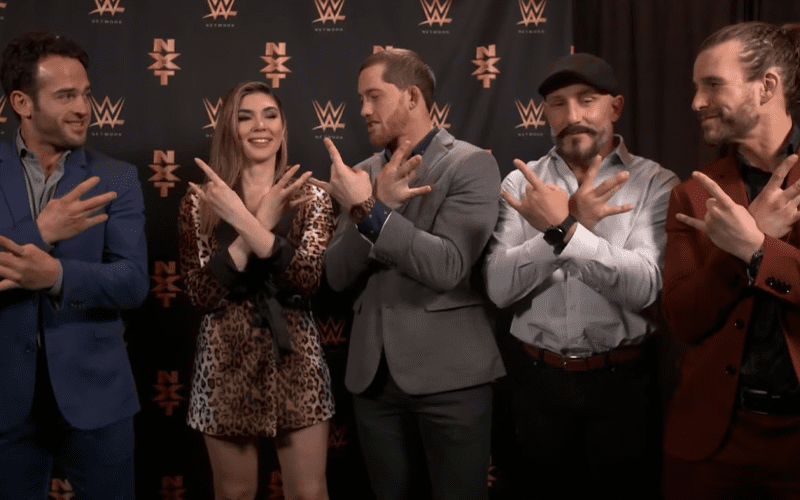 Cathy Kelley bid WWE NXT farewell last night. It was an emotional goodbye. Now she’s on to her next adventure, but she wants her proper credit first.

When Cathy Kelley noticed that she’s listed as a member of UE, she wanted her picture on the page as well. “Update the picture you cowards,” she tweeted out along with an emoji to show she was joking.

Cathy Kelley will be missed in WWE, but Triple H said that she’ll never get away from NXT. He was also very sure that they will work together again in the future.