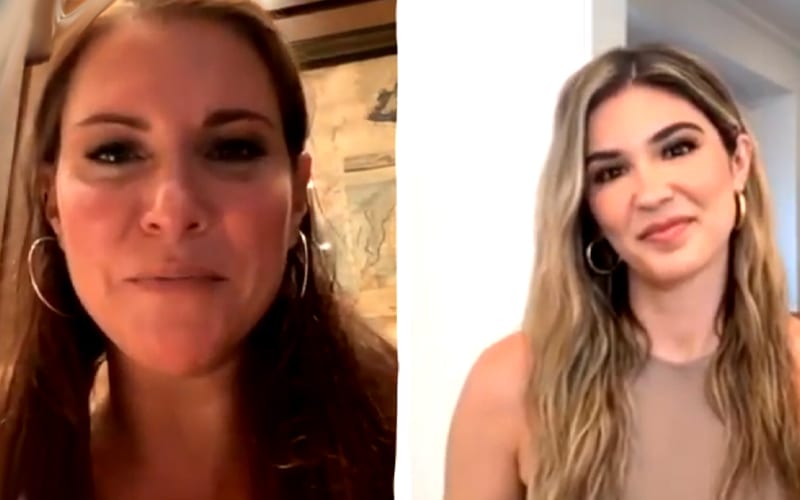 Cathy Kelley’s exit from WWE was an emotional goodbye. She’s off to other ventures, but she never left the WWE family. Stephanie McMahon wouldn’t mind bringing her back either.

Stephanie McMahon was a guest on WWE The Bump (transcription by Ringside News) today and they brought on a special surprise. Former WWE interviewer Cathy Kelley joined the live stream and Stephanie McMahon immediately asked her: “When are you coming back?” She followed that up by admitting: “I’m not shy.”

They played a clip of Cathy Kelley’s emotional response when watching the all-female WrestleMania 35 main event match. Then Stephanie McMahon made one last attempt to bring Kelley back.

“Cathy, we miss you. We need that raw, real you and you talk about someone who’s not afraid to be themselves and go out and try things and pave the way, and you always have my full support and backing no matter what it is you’re doing.”

Stephanie McMahon and Triple H both mean a lot to Cathy Kelley. She has spoken openly about how their support helped her in many ways. It looks like Stephanie McMahon likes Cathy Kelley a substantial bit as well. She wouldn’t make that kind of pitch to bring someone back unless she meant it.

We’ll have to see what Cathy Kelley decides to do next, but the door seems wide open for her WWE return.