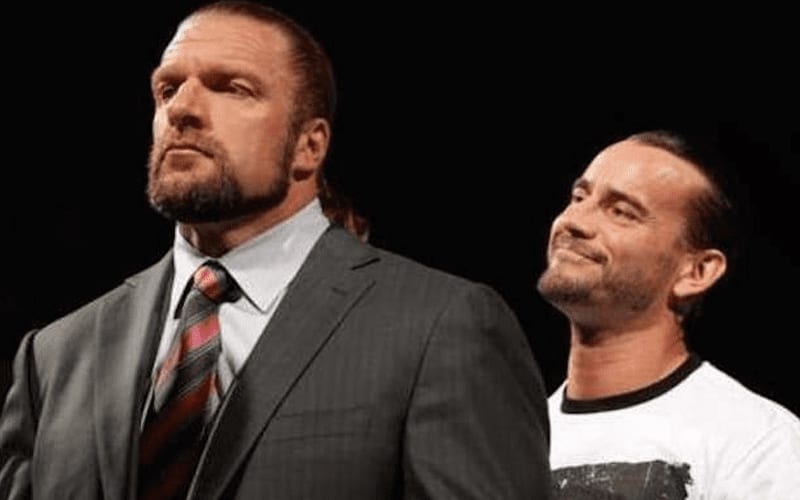 CM Punk hasn’t wrestled in a very long time, but there is always the possibility that it will happen someday.

While appearing on the Pardon My Take podcast, Triple H admitted the last time he contacted CM Punk. He also addressed the idea that some fans have that all he needs to do is pick up the phone and call him about returning. The real question is whether CM Punk wants to even answer that call.

“Last time I talked to [Punk]? A year and a half… a year and three quarters ago? A funny thing that people constantly will say, when his return is or… but in some way, I don’t know whether he does or not, but that has to be what he wants. When people talk about, they go, ‘Make the call!’ What says if we make the call he wants to answer? What says if we make the call he doesn’t go, like, ‘Yeah, I’m not interested in doing that anymore.’ Maybe he’s just done with it.”

“I think that those are conversations that only those people can directly answer. I think if he wants to do it, either we would get word and we would have those conversations or he would make a call, or you know, anything like that, but there has to be a desire there to do something like that. This business is too all in to just go like, ‘Ehhh, alright, I’ll do it.’”

Renee Paquette said it should be a shame if CM Punk never wrestles again. This is an opinion that is shared by a lot of people. We’ll have to see what the future holds, but the Second City Savior is obviously happy with his current situation.