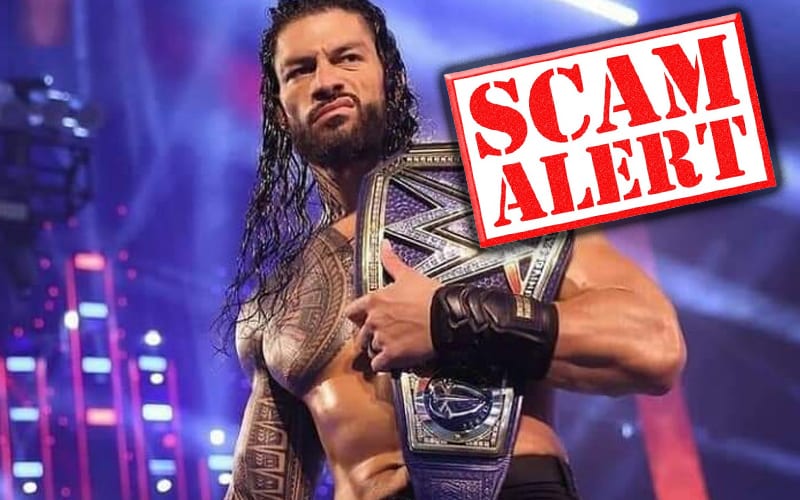 Roman Reigns is heading into another WrestleMania where he will main event the show of shows yet again. He is still on top of the pro wrestling world and that comes with a lot of attention. Sadly, some people want to take advantage of his fans.

A scammer account has been called out for jacking The Tribal Chief’s likeness. This account is not official, but it is presenting the idea that it might be. That is not the case and we’re unfortunately dealing with another scammer profile.

The Roman Reigns Empire fan account, one that Roman Reigns has personally endorsed, tweeted out a screenshot of this new fake account to provide a warning for fans.

Faker Alert !!! Thats NOT Roman , report @unofixual_roman ! Its another Scammer/Impersonator claiming to be Roman and trying to fool/scam Fans.

Roman Reigns operates his own verified social media accounts. Anyone running an account that doesn’t have a blue checkmark next to it is not the genuine article. It might be fun to believe that Roman Reigns is running other accounts so he can connect with fans, but a majority of those fake accounts don’t have the best intentions.