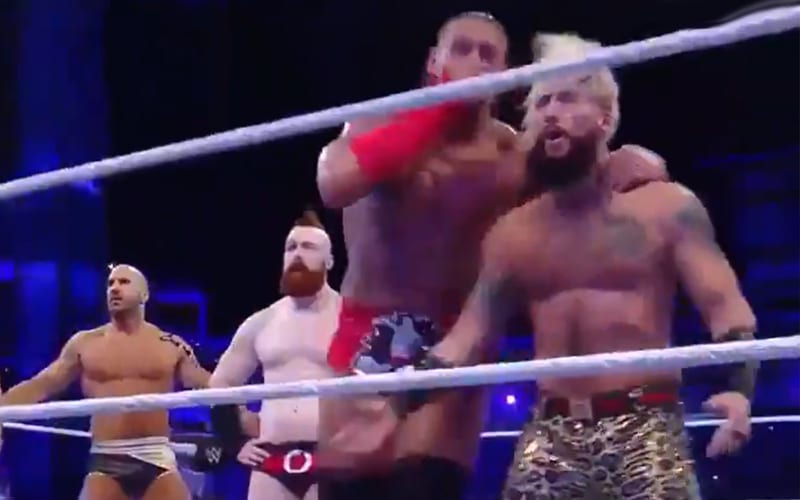 WWE has seen a few huge pops at WrestleMania. Many fans remember the Hardy Boyz’ WrestleMania 33 return as one of those massive ovations. Years later, WWE has wiped that moment from history.

Matt Hardy commented on WWE snubbing the Hardy Boyz’ big WrestleMania return from a top 10 biggest pops list. He explained that WWE did this because he’s no longer with the company.

Enzo Amore was in the ring during that huge pop and he revealed what Big Cass whispered to him during the moment of ear-blistering cheers.

(If you’re wondering what @TheCaZXL whispered in my ear: “Loudest pop in mania history.”)

Matt Hardy promised that he will hold tag team gold with his brother Jeff again. That was an interesting statement to make because they are separated via company lines. Perhaps one day the Hardy Boyz will reunite and get another massive pop. The big question is which company will house such a moment.