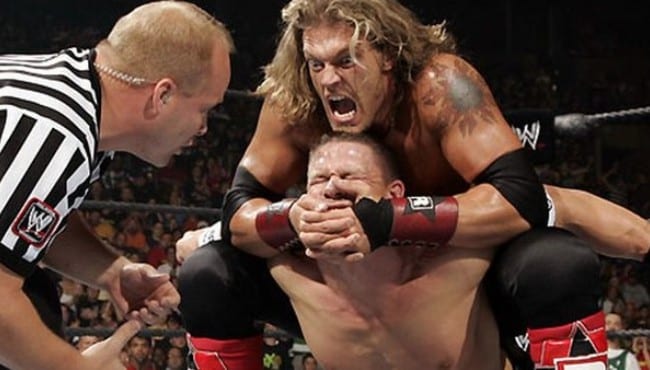 WWE Hall Of Famer Edge was undoubtedly one of the biggest heels in the company, especially in 2006. His feud with John Cena over the WWE Title truly elevated both men in the process.

On January 8, 2006, Edge cashed in his Money in the Bank contract at New Year’s Revolution to win his first WWE Championship from John Cena. However, Edge would lose to Cena three weeks later at the Royal Rumble pay-per-view as Cena made him tap out.

The latest episode of the WWE Untold focused on Edge’s WrestleMania 22 win over Mick Foley. During the episode, Edge revealed he was genuinely mad about losing the WWE Title to John Cena.

“That [losing to John Cena] made me mad because I felt like I was doing everything I could on my end and I was very motivated, and then in talking to Mick Foley I realized that he was just as motivated to get that moment and to help me, to help me solidify myself as a main-event player here, to help me change the perception in the fans’ eyes.”

Of course, Edge more than recovered from his loss thanks to his iconic Hardcore match against Mick Foley at WrestleMania 22.