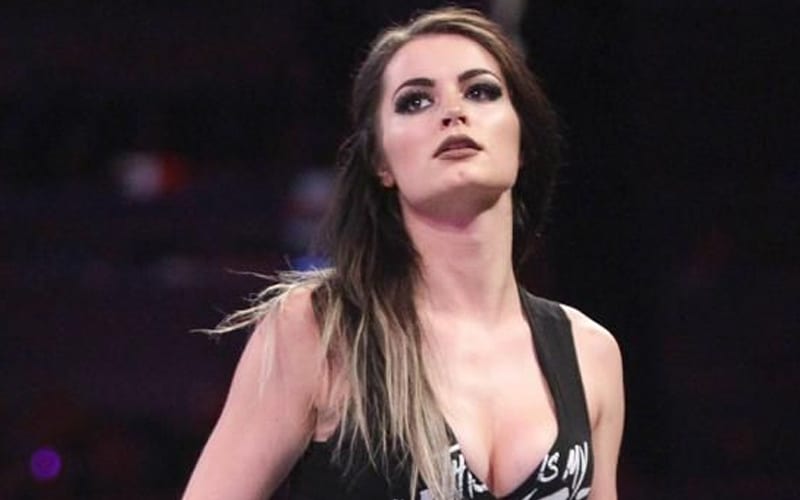 Paige remains one of the most popular female WWE Superstars to have ever stepped foot inside a WWE ring. She also had a longstanding issue with drugs and alcohol for a long time. However, Paige can safely say she conquered her demons.

While speaking on the Oral Sessions podcast, Paige was asked what made her truly focus on beating her demons. Paige revealed that it was WWE giving her a second chance and also her loyal fanbase that helped start her journey to sobriety.

“So, the drugs thing kind of happened when I started coming back…when I got the call to come back to WWE because that lifted my spirits a lot,” Paige replied. “I was like, I don’t want to f–k up anymore.

“Then, seeing this little girl randomly at a grocery store, too. I looked like doo-doo, right? She looked at me like I was this superhero, like Wonder Woman or something. Obviously, she doesn’t read social media and doesn’t see, like, me in the dirt sheets or in the headlines or whatever. She was so happy to see me, and she was like, ‘I want to be like you one day.’ I was like, ‘Oh, my God!’ It really is an awakening moment. There are so many boys and girls out there looking up to us as role models. I’m not saying I’m the perfect role model – I’m not – but I feel like people look up to me because I’ve messed up so many times and fought back afterwards. Now, I’m on a good and positive journey.”

Paige then credited her boyfriend Ronnie Radke for making sure she never went astray and helped Paige stay sober for three years.

“I get chills thinking about it. It feels good to be happy and not have anyone mess with you,” she exclaimed on staying three years sober. “I have a wonderful boyfriend who encourages me…He is the reason why I stopped vaping. He was like, ‘You look stupid vaping,’ and I was like, ‘You’re right.’ Me and him have stopped drinking together. You really need a good support system like that.”

Paige had to retire from in-ring competition after suffering a career-ending neck injury. However, it seems she is working hard to get cleared for an in-ring return. We will have to see if Paige will ever return to the squared circle.