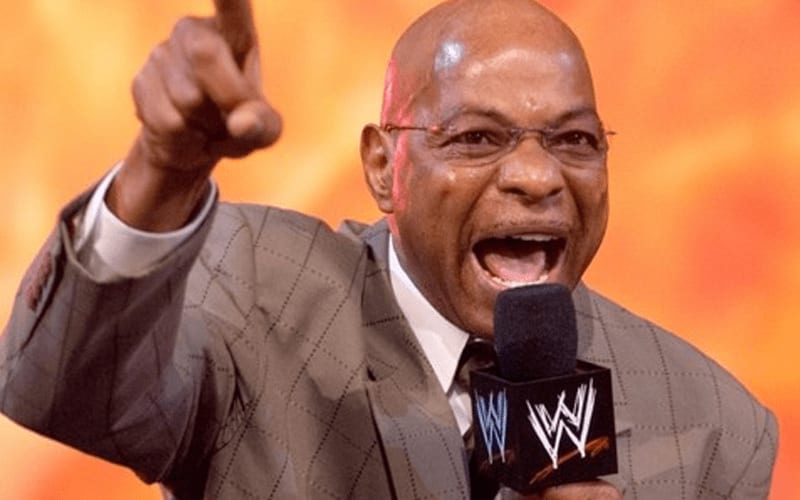 AEW has brought in several legends who have a long history in the pro wrestling business. They haven’t called Teddy Long yet and there’s a reason for that. He claims it’s because he’s too old.

While speaking to Wrestling Inc, Teddy Long revealed that he has only seen Vickie Guerrero manage Nyla Rose once in AEW. He doesn’t get much of a chance to watch the show. Then he revealed that they told him that he’s too old to work for them. That is interesting considering who they have on their payroll.

“Well, I saw her coming out just one time [managing Nyla Rose],” said Long. “I don’t really get the chance to watch much AEW. They told me… I got word that I was too old to be over there [laughs]. If you take a look at that [AEW product], I don’t know how they could say that. But I’m just saying what I’m saying.”

We’ll have to see if Teddy Long ever gets a call to play a role in AEW. They could always bring him in just to book a tag team match and leave. In the meantime, Teddy Long seems happy doing his own thing.