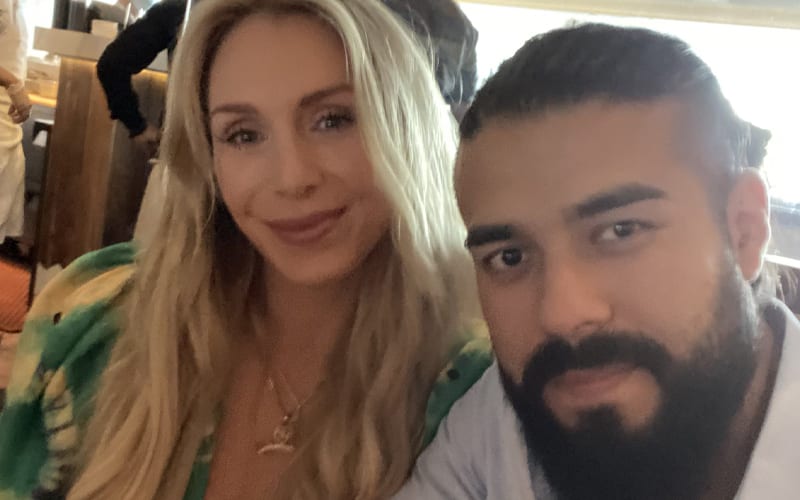 Andrade was granted his WWE release and now he is on his own. It appears that he might have already signed with a new company, but today is about his fiance Charlotte Flair.

It is The Queen’s 35th birthday today. El Idolo sent out a special birthday message for her where he admitted to being “a little angry,” but then he put her over in a big way for all the support she’s given him.

I know that Im a little angry but I also know that you have always supported me in all my decisions that is one and thousands of things that you have special, although I also admire you because you always work hard for goals and dreams that you want to achieve #Bday mami #Cumple

Andrade can wrestle wherever he wants to now. It appears that he is ready to go as soon as possible. He had no 90-day non-compete clause with WWE which means he could get back to his pro wrestling career any day now.

Charlotte Flair has not reappeared before WrestleMania and she is not booked for a match. We’ll have to see if that changes somehow. It would certainly be a nice birthday present.