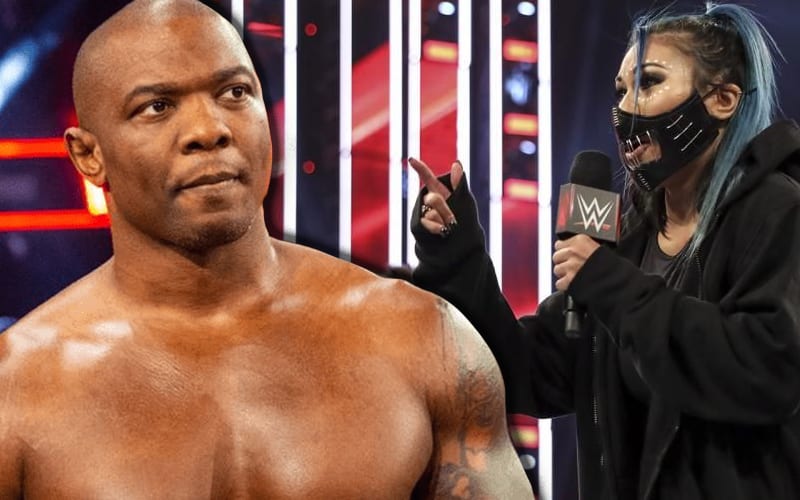 Retribution broke up during the Fastlane kickoff show, and their WrestleMania match has not materialized yet. Mia Yim saw that the Hurt Business split up some time later so she had an offer to make.

Mia Yim tweeted out to Benjamin and included an animated gif of Darth Vader saying: “Join me, and together we can rule the galaxy.” Shelty took a few days to respond, but he finally got around to it.

“I have a better plan,” Benjamin replied while posting a gif of Bill Murray jumping to his death. Mia Yim said that was “good,” with her response.

Shelton Benjamin is outwardly frustrated about WWE breaking up the Hurt Business. MVP and Bobby Lashley both tried to get Vince McMahon to keep the faction together, but he only dug his heels in harder. This also caused a dent in morale backstage.

We’ll have to see what’s next for Shelton Benjamin, but he’s not joining Retribution.