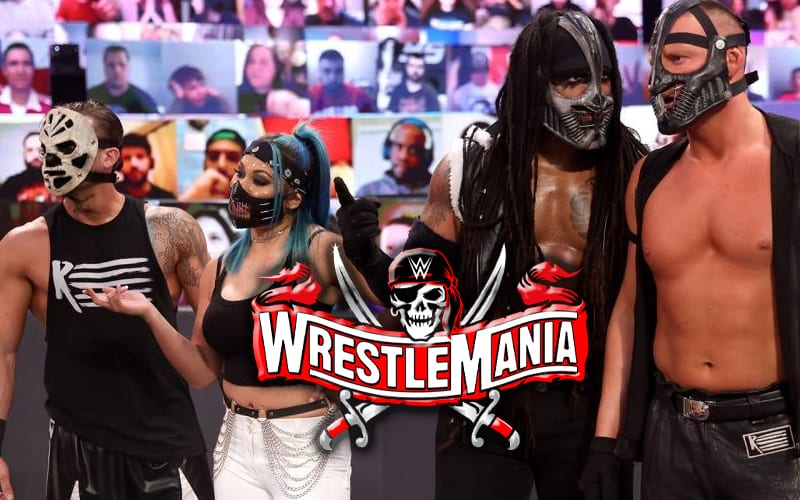 Retribution is over and Mustafa Ali is on his own once again. The former leader of the faction appeared on RAW and tried to take out Drew McIntyre, but there was no reference made of his former stable. That was not the plan he had in mind.

Ali revealed in the past that he’s been wrestling through a PCL injury. He remained in action because he thought a Retribution WrestleMania showdown was in the cards.

While speaking to metro.co.uk, Mustafa Ali talked about that rumored match and why it didn’t happen.

“The story was presented and I really thought that was the direction we might be going for in this year’s WrestleMania. Again, like I said, things change and other things take priority sometimes. We almost got to it, so I will try to get to it again. There’s so much real emotion that I can just bring up and bring out in promos leading to that match. When we do do it, I hope we’re allowed to do it right because I feel like it’d be one hell of a story.”

Mustafa Ali and Mace, T-Bar, and Slapjack of Retribution are all in the Andre The Giant Memorial Battle Royal match. That annual match is taking place on SmackDown this year. They wanted to cut down on time and they apparently didn’t have time for the match during the two-night event.

WWE also made certain to keep Ali and Retribution away from each other on the Andre the Giant Memorial Battle Royal graphic. Obviously, they aren’t mixing it up right now and WrestleMania seems to be off the table.