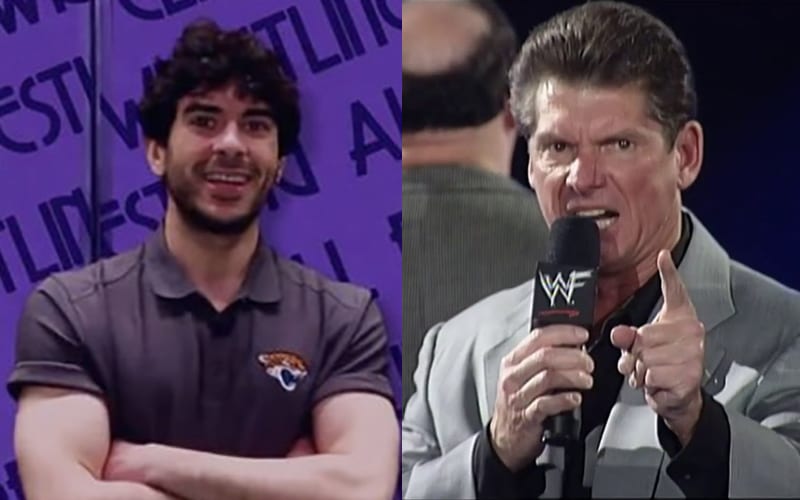 Vince McMahon is the Chairman of WWE and has the final say in everything that goes on in the company, down to the most minute of details. His way of handling business doesn’t always sit well with WWE Superstars.

Former WWE Superstar and current AEW Star Chris Jericho is well aware of how Vince McMahon functions as he worked with McMahon with several years before he started to work with AEW President Tony Khan.

While speaking on his Talk Is Jericho podcast, Chris Jericho and Christian Cage talked about Vince McMahon and Tony Khan and how they are completely different as bosses.

They also noted that despite their differences, McMahon and Khan have he same leadership skills.

“We come from a place where it is the same. Vince [Mcmahon] is the boss and what he says goes, and that’s all that matters. He and Tony [Khan] are completely different types of bosses, but the leadership is the same. There is no argument. If Tony likes it, then let’s do it. If he doesn’t, then think of something else. A wrestling company needs that.”

“All the guys will tell that you that we would rather have Tony as the boss. You don’t even have to worry about it. What he envisions goes.”

Both Chris Jericho and Christian Cage signed multi-year deals with AEW and are likely to stay there for a long time. It is also likely Jericho will start a bidding war between AEW and WWE once his current contract expires.