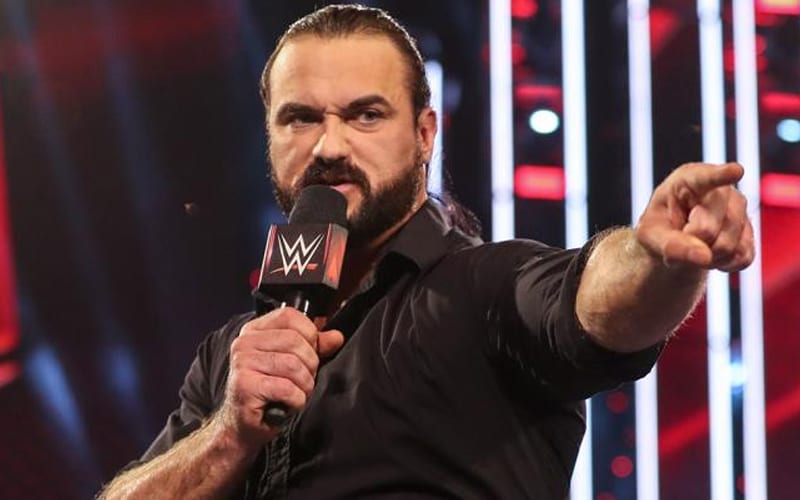 Drew McIntyre’s WWE Title shot against Bobby Lashley will take place on the first night of WrestleMania 37. It hasn’t been given the final spot on the card just yet, and McIntyre would be happy with the first slot as well.

While speaking to Wrasslin News, Drew McIntyre said that he would be happy with the opening slot of for the show of shows. It doesn’t matter to him beaus everyone will be watching that match and he will make it the biggest match he can no matter where they are on the card.

“I mean, like I would be happy opening the show or closing the show. This year is so unique in the sense that, you know, the last match…every match at WrestleMania is a main event. Let’s be realistic, if you’re on WrestleMania, you’re in a main event, but when you’re fighting for the championship, generally it’s cool to close the show. This is such a unique WrestleMania, without having the fans there for an entire year, that first reaction is gonna be so so special. So that’s why I said if I finish last, the last match…that’s phenomenal. That’s fantastic. That’s tradition. But if I’m in the opening match it’s just as big because if you get to walk out in that first match and get the crowd full of energy and all those pent-up reactions that we’ve been keeping inside for a year, that’s gonna be special too, so, either way I’m happy. But if you’re in WrestleMania, you’re in the main event. Every match is big. Every match is huge.”

Ringside News exclusively reported that WWE has the lineup and match finishes already in line for WrestleMania. They are all prepared for the show of shows and now we just need to wait for the day to come so we can see what they have in store for fans this year. Either way, Drew McIntyre is going to make it a memorable experience.