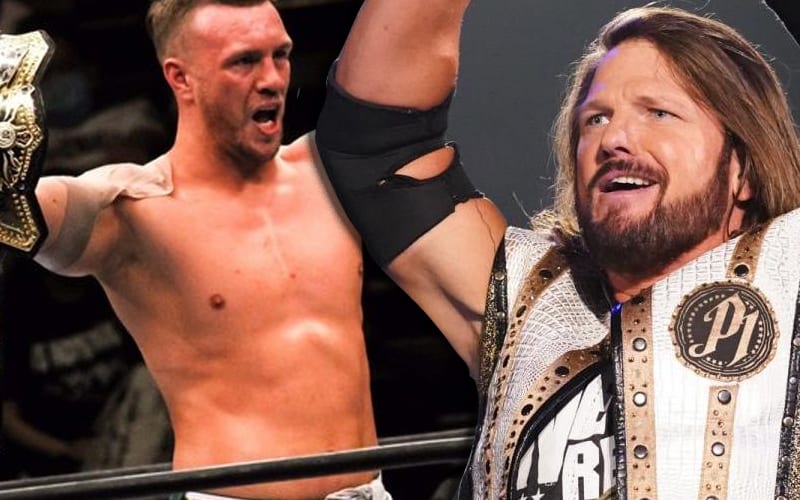 AJ Styles had his time on top of NJPW before making his way to WWE. He also paid attention to Will Ospreay’s big win as the new IWGP World Heavyweight Champion. The Phenomenal One had an interesting comment on the event.

Styles posted Ospreay’s tweet with an older photo of the two in a ring. Then AJ Styles put Ospreay over in a big way as he said that looking at the Aerial Assassin was like looking in a mirror.

It’s was like I was looking into the mirror. Congratulations to the New IWGP Champion.

AJ Styles and Will Ospreay are separated via company lines, but a match between the two today would be quite a sight to see. It seems like AJ Styles would likely jump at the opportunity to face Ospreay, no matter where it goes down.