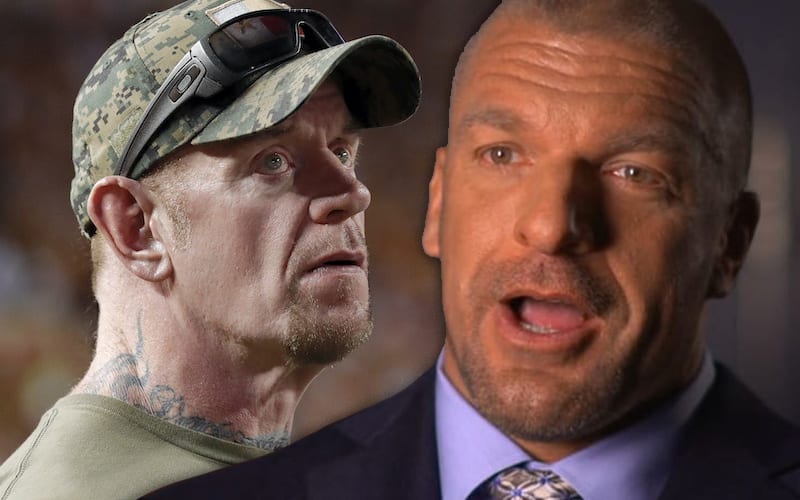 The Undertaker made lots of headlines when he told Joe Rogan that modern day wrestlers are softer than the previous generation. They used to sit around the locker room and handle knives and guns. Now they play video games,

Triple H was asked about this statement during a conference call to hype TakeOver. The Game didn’t seem to agree with Taker, but he said everyone is entitled to their opinion.

“Yeah, you know, everybody has opinions of the business and the business always morphs and changes, and people have opinions, and you can agree with them, you can disagree with them,” Triple H said. “Taker has always been one of those guys that’s very properly honest and the great thing about him though, is he’s bluntly honest with an opinion – here’s how I think it should be, and here’s how I can help you to get there. So, he’s wide open to all of that.”

“His comments and his intention are always with the best of intent, or desire, to improve and I do believe he has a wealth of knowledge, that if he speaks… you know, there’s certain guys in the business that if they speak, they’ve been around a long time, seen a lot of things, and they’ve earned the right to, if they speak, you listen and you take the point of view, and you work with it. He’s one of those guys, for sure.”

The Undertaker’s words might have been misconstrued a bit, but plenty of people took exception to the things that he said, especially gamers.

Triple H is helping the NXT developmental system in tremendous ways. He sees the future of WWE in the black and gold brand’s locker room. Obviously, he believes that the company is in good hands with the next generation he is cultivating.