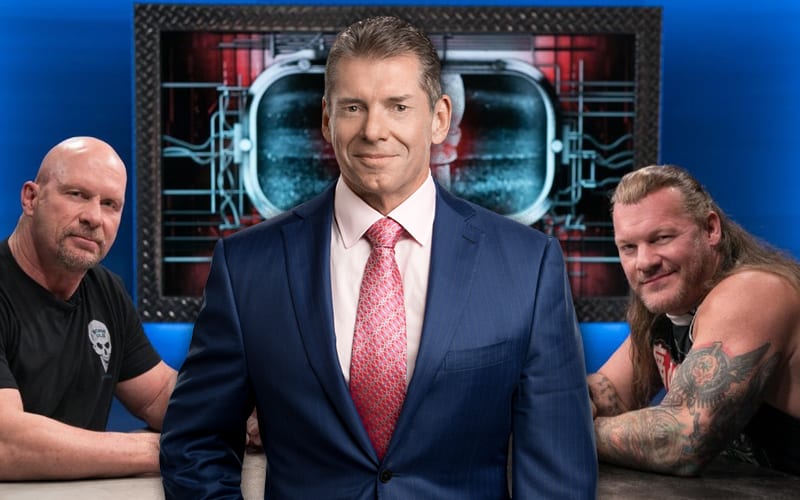 Steve Austin’s next guest on the Broken Skull Sessions is a rather unexpected one. Chris Jericho will be on the show and those two could talk about any number of things.

While speaking to Sports Illustrated, Steve Austin revealed how Chris Jericho’s Broken Skull Sessions appearance came about. After The Undertaker episode aired, Jericho reached out with a text message. It didn’t take long before the two were chatting on the phone.

“I was having a beer one night after my Broken Skull Sessions interview with The Undertaker aired, and out of the blue, Chris Jericho reached out and said, ‘Man, that was a great interview.’ I sent him back a couple of those emojis, one of a beer mug and the other of an eagle, and then he called me right then and there.”

“We got to talking. I’ve always respected the hell out of his career, and I’m glad they’re around—it gives the guys and girls in professional wrestling more places to work. I said, ‘I’d love to have you on the show.’ And he said he’d love to do it, so I checked with Vince [McMahon] about it.”

Steve Austin sent Vince McMahon a text about it and The Chairman didn’t have any problem with having Le Champion on the Broken Skull Sessions. It was that easy.

“I texted Vince and said we had this badass idea about Jericho coming on the show. Vince goes, ‘It’s cool. Go ahead.’ But me and Vince don’t always do well with phones and texts and all that, so I texted one more time, ‘Are you sure it’s O.K. to have Chris Jericho on the show?’ Vince gave me the thumbs up, and Chris came out to do the show.”

Vince McMahon might not have realized at the time, but he created quite a lot of buzz by agreeing to have Chris Jericho on the Broken Skull Sessions. Austin and Jericho will likely have plenty of WWE history to chat about, but we also have to wonder how they will approach Jericho’s current employer.