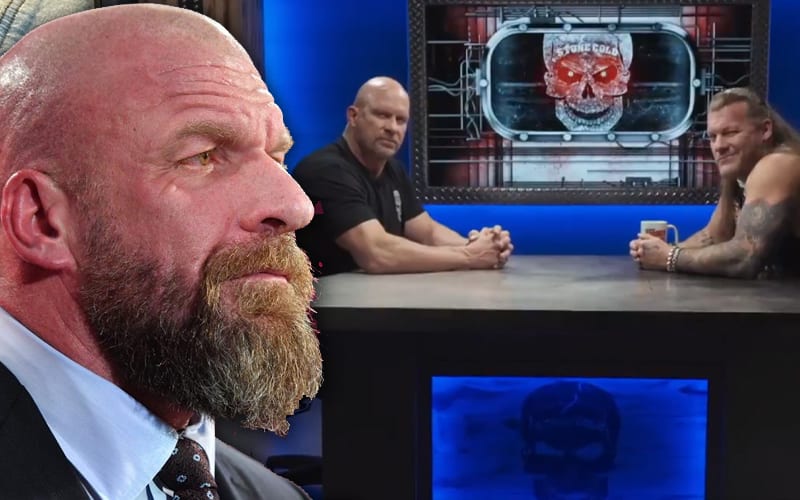 The Broken Skull Sessions has featured several amazing guests. They even had two episodes with The Undertaker. They caused a lot of attention when Chris Jericho was announced as the next guest.

Le Champion will be Steve Austin’s guest on an episode set to debut on April 11th. During a conference call to plug TakeOver, Triple H was asked about Chris Jericho’s surprising appearance. He said that Vince McMahon is always open for business.

Asked about Jericho’s announced appearance on Austin’s pod, HHH says Vince always says they are open for business and that it’s not shocking/surprising to him at all.

It will be very interesting to see if they approach the subject of AEW within that WWE interview show. Avoiding the elephant in the room doesn’t seem to be Steve Austin’s style. Plenty of fans are sure to tune in and give the Broken Skull Sessions plenty of views on Peacock.