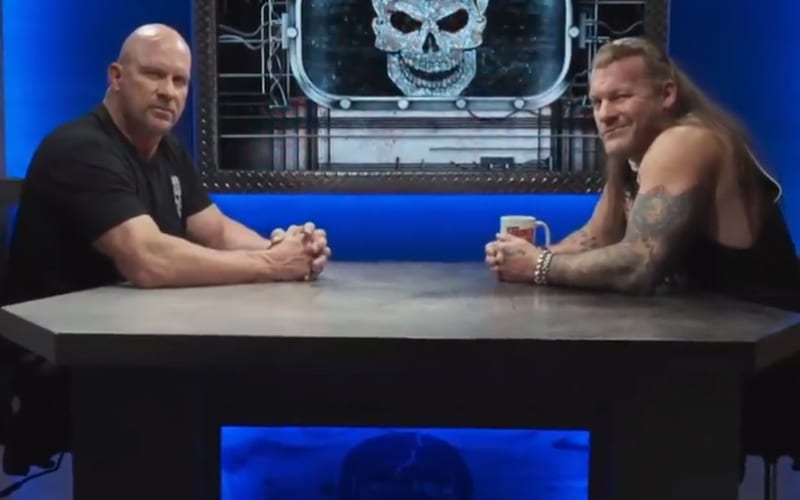 WWE caused a bit of a stir yesterday when they used Chris Jericho’s WWE music to promote an announcement. That plug had something to do with “Stone Cold” and fans had their theories. It turns out that one theory was correct.

Chris Jericho will be a guest on the Broken Skull Sessions on April 11th, the same day as the second night of WrestleMania 37. This is quite an interesting get for that show.

Jericho is now with AEW and a lot of questions might be off the table. Then again, you also never know what “Stone Cold” Steve Austin is going to ask.

This episode also proves that Tony Khan has no issue with his stars participating in WWE events and programs. Billy Gunn was inducted into the 2019 WWE Hall of Fame while he was under AEW contract. This gave Triple H a chance to tell him that Vince McMahon is going to buy “that pissant company.”

This could be a very interesting episode of the Broken Skull Sessions, to say the least.