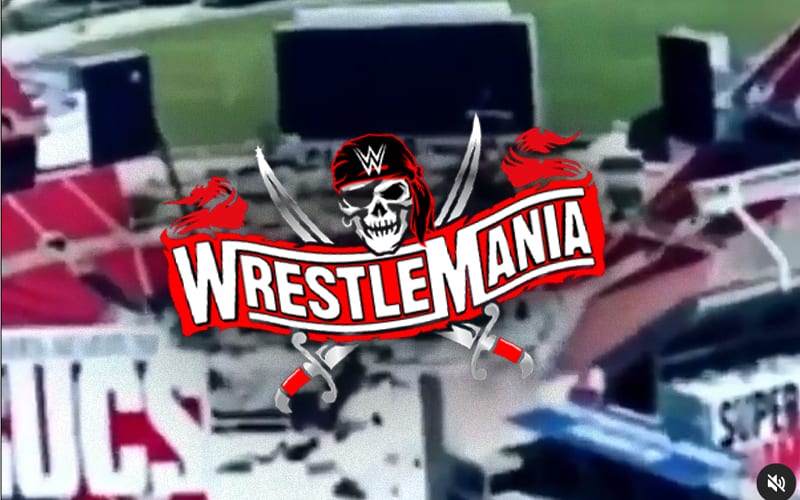 WWE is already hard at work building up the stage inside Raymond James Stadium. They plan to welcome back live fans with quite a setup in the home of the Tampa Bay Buccaneers.

New aerial footage of Raymond James Stadium shows WWE’s current progress for their WrestleMania stage. It appears that they are building quite a setup.

We previously noted that the famous pirate ship inside the stadium is in a section of seating that they were not selling. We’ll have to see if they have any special plans for that unique aspect of the stadium. Kevin Owens really wants to jump off that pirate ship.

You can check out a video below thanks to Ringside News’ official Instagram account. We will have complete coverage of WrestleMania 37 right here at Ringside News.