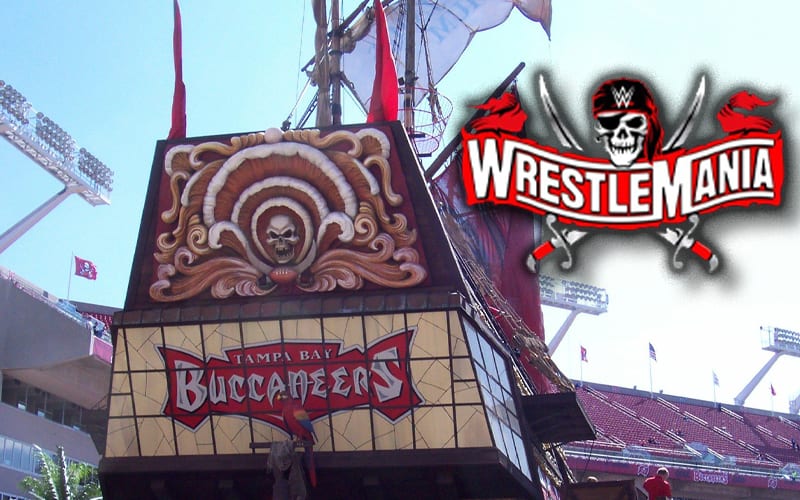 WWE is holding WrestleMania 37 at Raymond James Stadium, home of the famous Buccaneers’ pirate ship. That ship is in full display as Tom Brady and Gronk play on the gridiron, but it might be tarped off for the show of shows.

Kevin Owens has made comments about wanting to jump off that pirate ship. We still have hope that it will happen. Jon Alba pointed out a very interesting note about the WrestleMania seating, because they aren’t unloading tickets in that area.

The pirate ship at Raymond James Stadium is in the area that’s tarped off for the #WrestleMania entrance, for what it’s worth. #WWE

We’ll have to see what they do for WrestleMania. If they cover that massive pirate ship then that will be a pretty big indication that they don’t plan on using it. Either way, WrestleMania is sure to include plenty of unforgettable moments even if they can’t use the Buccaneer’s ship.