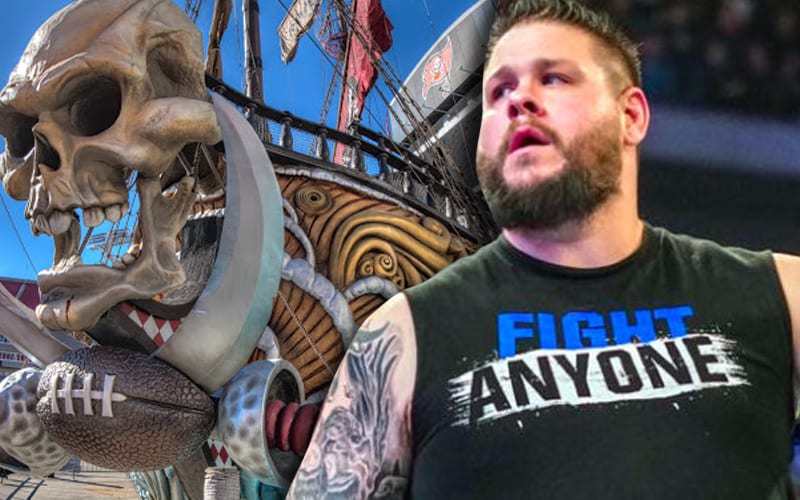 Around the time of WrestleMania 36 last year, Kevin Owens made it clear he wanted to jump off the pirate ship at Raymond James Stadium. However, due to the COVID-19 pandemic, WrestleMania 36 was held in the WWE Performance Center instead and Owens didn’t get his WrestleMania moment.

This year WrestleMania will be taking place at the Raymond James Stadium again. Now it seems Owens is determined to jump off the pirate ship as he spoke to WWE on FOX.

Owens said that he will annoy anybody that Owens can and do everything in his power to jump off that ship.

“No, I want to do it. I can’t promise people that I’m going to do it because, you know, circumstances and whatever. But, I can promise everybody that I’m gonna try as much as possible to do it. I’ll do my best. I’ll annoy anybody I can. I will get into anyone’s ear I possibly can. I will literally do everything in my power to get to the point where I can jump off that ship.”

Kevin Owens is still engaged in a feud with Roman Reigns. We will have to see who his opponent will be at WrestleMania 37.