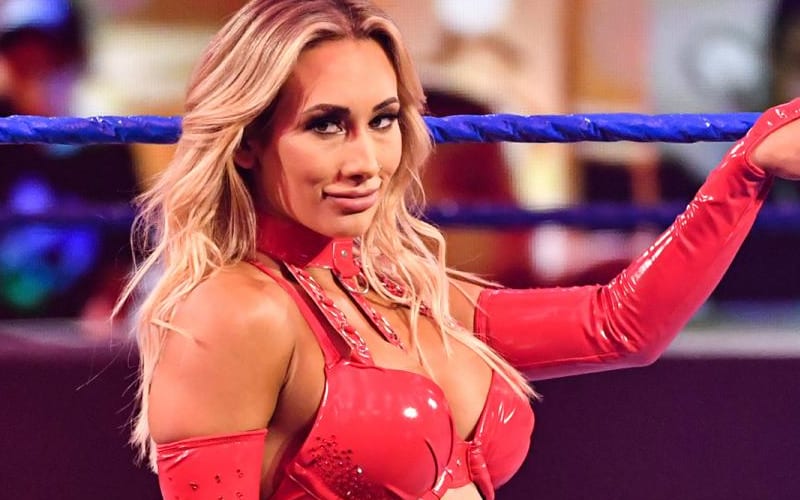 WWE has both nights of WrestleMania pretty much locked down, but there are only two women’s matches on the card so far. A third is expected to be a Women’s Tag Team Title match, but they haven’t announced it yet.

While on WWE The Bump, Carmella brought up WWE’s lack of female representation during WrestleMania this year. She is happy for the women getting their moment, but the show of shows is big enough for more women

“As of right now there’s only two women’s matches announced. I want there to be another women’s matches,” Carmella said. “I think there should be more women on the show. The women are where it’s at. We are taking over.

“As happy as I am for Asuka and Rhea and Bianca and Sasha; I’m very excited for Sasha and Bianca. But I just, I feel there should be more women involved. We’ve worked very hard. And we didn’t come just to only come this far. Even if it’s not myself. I’d love to be involved in WrestleMania. But either way, I want to see more women on this show.”

WWE might be saving some women for the WrestleMania women’s battle royal match. We’ll have to see when they hold that annual match since the Andre The Giant Memorial battle royal was pulled from the Mania plans and put on next week’s SmackDown.