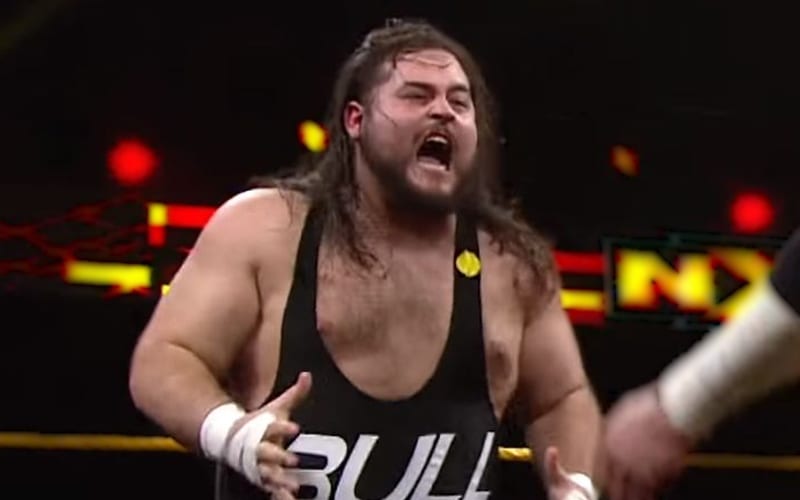 Former WWE NXT Superstar Bull Dempsey, now known as Bull James, was called out during the #SpeakingOut movement in June 2020. Now he is filing a lawsuit over it.

According to Heel By Nature, James Edward Smith II, better known as Dempsey is filing a lawsuit regarding “serious allegations” made against him during the #SpeakingOut movement.

This lawsuit was filed in the Kings County Supreme Court in Brooklyn on March 26th. The lawsuit alleges that the defendants made false allegations against him via social media to cause “irreparable harm.” He is claiming that his “personal and professional reputation” was damaged which put “the future of his business and career in jeopardy as well as his ability to defend his reputation.”

It was alleged in the #SpeakingOut movement that Bull James stalked a woman and abused his influence to keep another indie wrestler from getting booked on a show. James claims that he was in a relationship with the woman, but she made false claims against him.

The two sides reportedly entered a settlement agreement in an open court setting last year. The agreement stated that the defendant wouldn’t mention James “in any form of social media, or in any way defame his reputation.” He claims that she breached those terms when posting the allegations against him.

It was also alleged that a 17 year old trainee of James sent him inappropriate photos of herself. It is claimed in the court documents that the defendants created and sent fabricated text messages to pose as an underage girl. Those posts were then put on social media. Bull James’ story is that he never contacted the woman who allegedly created and sent those fake messages.

James is seeking exemplary and punitive damages “in an amount appropriate to punish Defendants”, as well as “an order of protection” as well as his court and attorney fees.