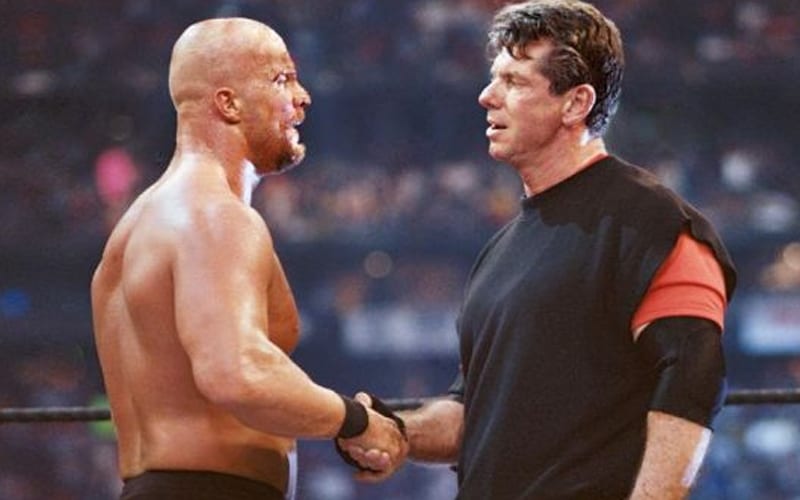 WrestleMania 17’s main event the instant classic match between ‘Stone Cold’ Steve Austin and The Rock. What fans remember from the match was the infamous heel turn of Austin as he sided with Vince McMahon.

While speaking on his Grilling JR podcast, WWE Hall Of Famer Jim Ross talked about the infamous heel turn. WrestleMania 17 took place at the Astrodome in Houston, Texas, and Steve Austin was a legend in Texa at that time.

Ross revealed that he was against Austin turning heel.

“You’ve got the homegrown Texas product wrestling in his “home market” just down the road he grew up in Edna, advertised from Victoria. We had told that story. It was like a homecoming for the champion or for the challenger. So, who do you think they are going to cheer?”

“It wasn’t that they were angry at Rock, you’ve got a Texas legend here, who is coming back and just drew the biggest house in Astrodome history over any event, and we’re going to turn him heel.”

Jim Ross then used an interesting analogy to get his point across. He compared Austin’s heel turn to making the iconic John Wayne into a Nazi in a war movie.

“As I’ve used this analogy before, to me, it was like making John Wayne, in one of his war movies, a Nazi. It didn’t work. It was never going to work. Anybody who thinks, ‘Well, we might have been able to get it over if we would have done…no! You tell me what you would have done to get it over, and I’d love to know that. I just don’t think it was possible, and I expressed myself and was told to shut up for more than one occasion.”

In hindsight for many, Steve Austin’s heel turn was not the best decision as the booking left much to be desired.