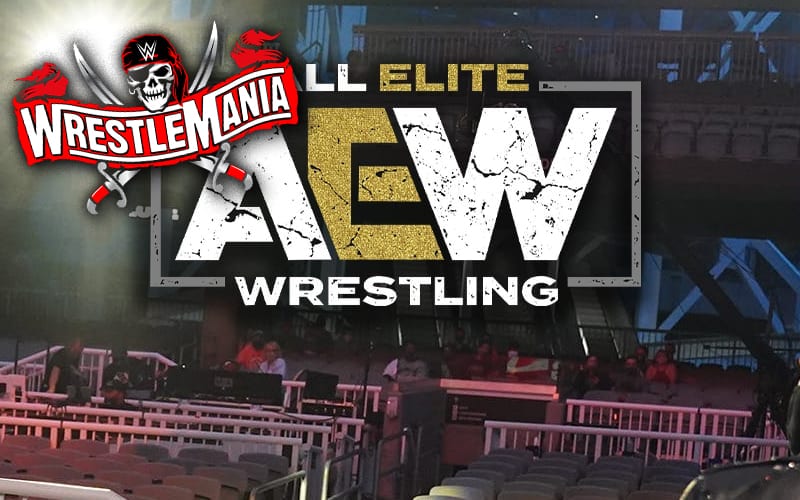 AEW announced this week that they will hold a house show at Daily’s Place on April 9th. It’s unclear if they will tape any portion of the show for television, but it won’t air live on the Friday before WrestleMania.

During Wrestling Observer Radio, Dave Meltzer explained why AEW is holding a house show on WrestleMania week. It comes down to WWE not having any other live events for fans on that night, so they are holding something a few hours away in Jacksonville.

“Part of it is also because they have so many people there who have not worked in front of fans very often, some of the newer people. A lot of the people who work on the Monday and Tuesday show, there’s no fans. We’ll see.”

AEW planned to run house shows in 2020, but the pandemic stopped them from following through with that idea. Now they are holding their first actual house show during WrestleMania week. We’ll have to see how many tickets they sell.