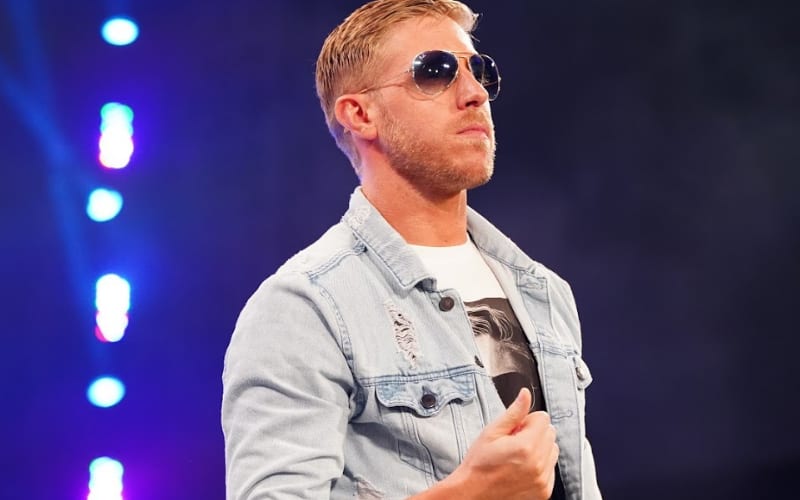 AEW caused some fans to worry when they signed Orange Cassidy to a contract. Then he soon became one of the most popular member of their roster. He topped PW Tees’ sales figures until Brodie Lee overtook that number, something that Orange Cassidy didn’t mind at all.

Orange Cassidy has new entrance music. It was not played during Dynamite this week, but fans got to hear it before the show started.

Plenty of fans have popped at Orange Cassidy’s entrance music already. Mikey Rukus usually does AEW music. Tony Khan dropped some cash on The Pixie’s “Where Is My Mind.” Fans will also still be just as happy to see Freshly Squeezed saunter out. It appears that is his new music.

It was noted on Wrestling Observer Radio that fans will hear Freshly Squeezed new entrance music on Monday’s episode of AEW Dark: Elevation. You can check out his old music below.

Now Cassidy will have new music apart from the Best Friends. This is a good sign for his future in the singles division as well. We’re sure Jim Cornette will be ecstatic about that.