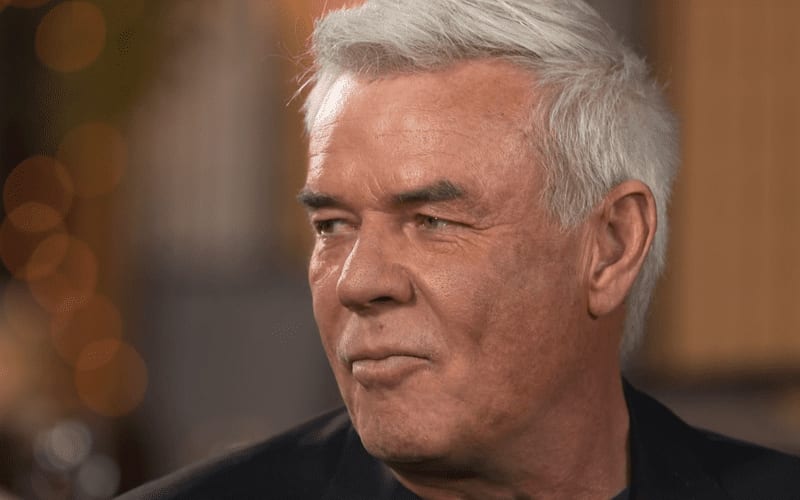 WWE is stacking their WrestleMania card now, but it took them long enough to get there. In pervious generations, fans knew the card for the show of shows months in advance. Now we are left to see what plays out with the company’s booking.

Eric Bischoff is no longer employed by WWE, but he is a soon-to-be Hall of Famer. He spoke out on his 83 Weeks podcast about WWE’s proclivity to book things with a focus on the company in mind instead of individual Superstars.

“Going into WrestleMania there’s so much focus and attention on Roman Reigns, but one of the things I’ve said in WWE right now so much of everything feels equal. Nothing other than going into the main event of WrestleMania, is the exception. If you take this moment we’re in out of it and you look at the last 12 months or couple of years, it seems like one of the things WWE has done is keep WWE as the most important star and everybody else is fairly interchangeable at a very high level.”

“They’re all at a very high level, they’re all important people, but not one of the stories tends to stand out until you get to WrestleMania. Perhaps there’s a conscious or subconscious reason people are doing it a little differently now.

Roman Reigns is the top current full time Superstar in the company, but there really is no #2. The company hasn’t put a huge force behind anyone in that regard since John Cena, who left the company for Hollywood. The Rock did the same thing prior to him, so perhaps Vince McMahon is hesitant to make his stars too big because they might find greener pastures.