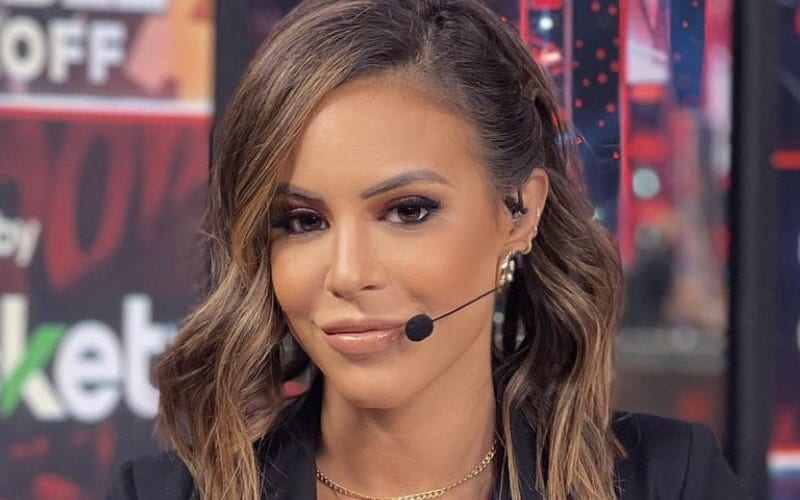 WWE will not be using Charly Caruso for the remainder of her contract. She’s been replaced after getting too much heat with important people. Is AEW in her future?

During Wrestling Observer Radio, Dave Meltzer broke down the current situation with Charly Caruso in WWE. He had heard that they already fired her, but other reports say that they are going to let her ride out her contract.

Charly and Tony Khan are friends. It was Khan who took her to SmackDown in the first place where she met Mark Carrano. That could open the door for an AEW entry, but nothing is certain at this point.

“Charly Caruso, you know Charly Arnolt, is fine on ESPN. Maybe she’ll be good in AEW if she ends up in AEW and I don’t know if she will or she won’t. She knows Tony Khan so it’s not like she’s gotta go from scratch.”

WWE typically adds a non-compete clause to their releases. Even if WWE let Charly go tomorrow then it would be at least three months before she could arrive in AEW.

There is no guarantee that Arnolt would want to work for another pro wrestling company. Even Renee Paquette has stated that she doesn’t know if she wants to be known as the pro wrestling girl after her own WWE exit.

We will continue monitoring this ongoing story here at Ringside News. Either way, Charly Arnolt will be okay.