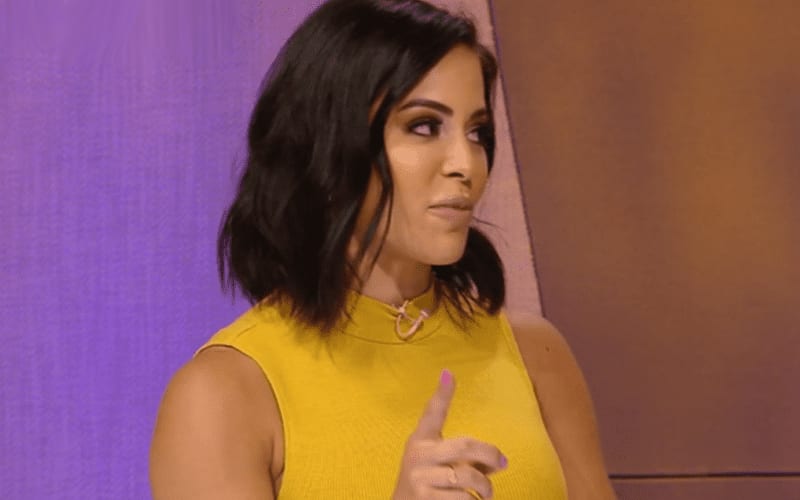 Charly Caruso has been replaced on WWE television and fans shouldn’t expect her to return. Right now her situation with WWE is not a good one and she might have even been let go already.

During Wrestling Observer Radio, Dave Meltzer was asked about Caruso’s situation. He has been told that she’s fired and that the company is also waiting out her contract. It’s really not clear what’s going on, but her situation isn’t getting better.

“She’s gone from the company. I’ve heard she was fired and I’ve heard that they’re not going to use her and they’re waiting for her contract to be out. I don’t know which one of those is accurate, but you know she had too much heat with too many different people and that was the story. That’s why the new guy was brought in to replace her.”

Charly Caruso got heat with Randy Orton, Sheamus, and others for being late to interviews. She isn’t expected to be back on WWE television. Paul Heyman even took a dig at her situation during Talking Smack by joking that they fired the wrong journalist when referring to Kayla Braxton.

It’s unclear exactly how much longer Charly Caruso is under contract with WWE, or if she’s been released, but she will likely not be seen again.