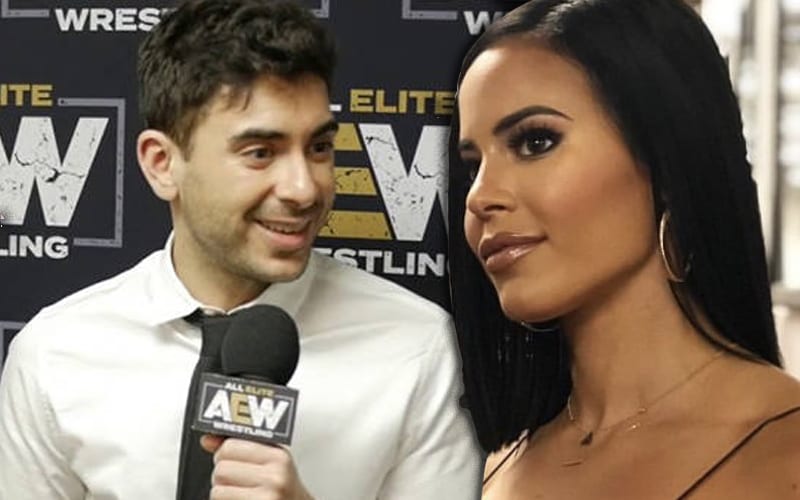 The idea of Charly ending up in AEW is a possibility. Of course, WWE would have a 90-day non-compete clause on her contract if they release her. If Caruso allows her contract to expire then she can work wherever she wants right away.

Some fans might not realize this, but Caruso and Tony Khan are friends. The story goes that it was actually Tony Khan who took Charly to a SmackDown event in 2016 where she first met Mark Carrano. That was her foot in the door with WWE. Interestingly enough, Charly took over for Eden, better known now as Brandi Rhodes.

We will have to see what Charly Caruso decides to do next. She has not reportedly requested her release, and she is still with WWE. There is also no guarantee that she would even want to work in pro wrestling after leaving WWE. It seems that AEW is a very viable option for her.