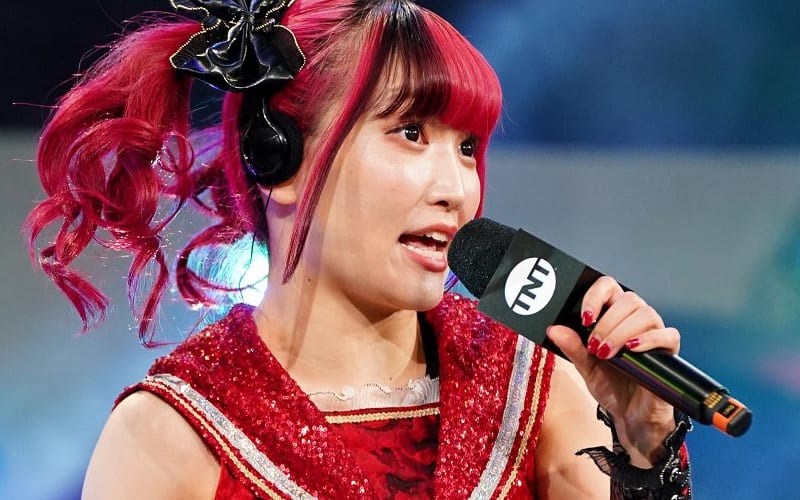 Maki Itoh made a big splash with AEW fans. Her profanity-filled tweets and raised middle fingers created instant fans. Now she has gone back to Japan.

The Wrestling Observer Newsletter noted that there is no return timeframe for Maki Itoh. It’s reasonable to assume that she will return to AEW, especially since they worked her into Dark Order skits on Being The Elite.

She will have to quarantine when returning to Japan, but the March 27th Tokyo Joshi Pro show is a possibility for her. She has also discussed challenging Rika Tatsumi for the Princess of Princesses Title on April 17th’s show at Korakuen Hall.

It was noted that AEW might not bring Maki Itoh back until they can start touring again. She really would benefit from a live crowd in an arena setting.

AEW recently rescheduled some events to late summer. It’s possible that the company could be touring again by then. We’ll have to see if and when they bring Maki Itoh back, but it seems very likely AEW fans will see her again.