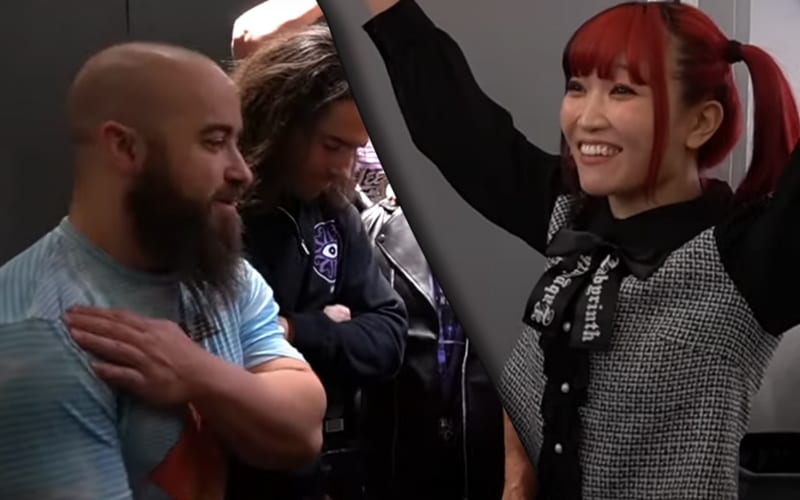 The Dark Order are a faction of babyfaces now. Their turn left a hole on the heel side that Tony Khan recently spoke about. The group is also missing a member as Anna Jay is out of action with a shoulder injury. They might have found a replacement already.

During Being The Elite this week, the Dark Order is shown bantering backstage. They were discussing how Anna Jay can’t be replaced because John Silver missed yelling at her. He tried yelling at Evil Uno and Colt Cabana instead, but it just wasn’t the same.

Just as it was decided that nobody can replace Anna Jay, they heard a knock at the door. Maki Itoh was suddenly standing in the doorway with her two middle fingers raised. “Surprise, motherf*ckers!” she yelled.

The Dark Order then cheered and rejoiced at Maki Itoh’s presence. The comedic timing of the bit was spot on. This could mean that Maki Itoh is going to join the Dark Order. If anything, it was a pretty hilarious gag.

Maki Itoh previously mentioned the possibility of joining the Dark Order. We will have to see how this pans out.

You can check it out at around the 19 minute mark in the video below.