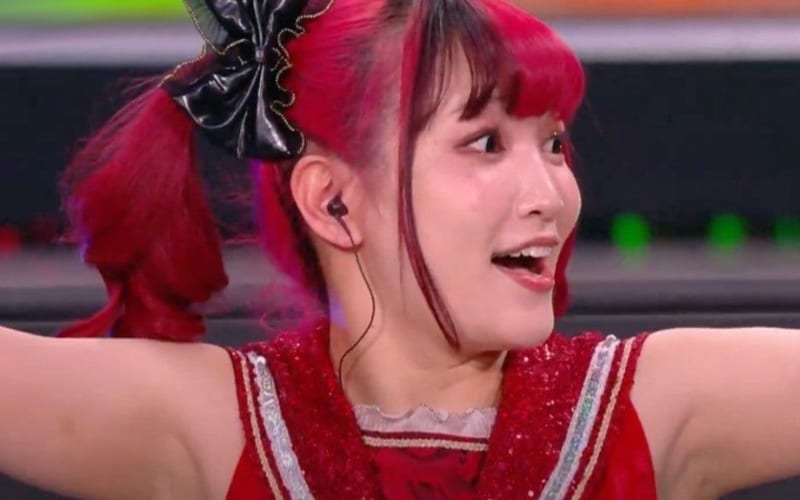 AEW surprised fans at Revolution even before the main card started. Maki Itoh was not expected and she caused a big pop in Daily’s Place. This could be the start of a good run for her in AEW, but her appearance was touch and go for a time.

Maki Itoh might even get new AEW entrance music soon. This could be a sign she’s sticking around. During Wrestling Observer Radio, Dave Meltzer explained how this appearance came about and how close to the wire they cut it.

“So, the story with Maki Itoh is that she wasn’t advertised because it wasn’t like — I mean she had to fly in from Tokyo, she was wrestling the day before. You know, and it was touch and go if she could get in. She was always the plan, but the problem was one slight flight issue and she’s not making it. So, that’s why she wasn’t advertised ahead of time. Yeah, she got a giant pop and she got super charisma. She’s not really a very good wrestler, but I think she was hidden pretty well and she was certainly adequate in this match.”

Maki Itoh draws so much attention because of her personality and charisma. Fans are fascinated with her online, even though she often refers to them as her “simps.” We’ll have to see how often Maki Itoh appears for AEW, but working alongside that new roster could certainty help her improve as well.