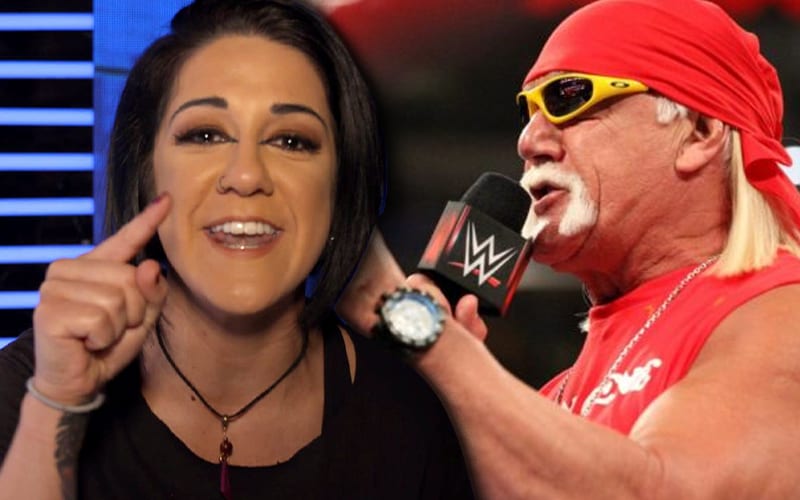 Bayley’s name trended on Twitter after that announcement. For some reason, fans cried out for Bayley to host WrestleMania instead of Hulk Hogan. This carried on for a while and a ton of fans jumped on board.

Bayley eventually tweeted out to say: “Y’all crazy.” She also posted a photo of herself looking rather surprised.

Her replies were filled by fans who still believe that WWE should have given the WrestleMania hosting gig to her. We’ll have to see if WWE changes their mind, but they’ve already made Hulk Hogan’s appearance official for the event.

Fans were also calling out for Billie Kay to be the host instead of Hogan as well. You can check out a screenshot of their trending names below.