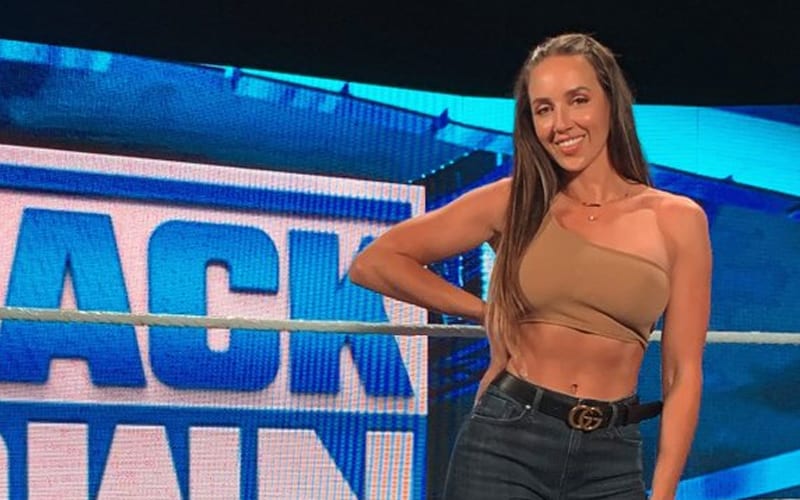 Chelsea Green might be appearing on SmackDown sooner than later. She is cleared for her return, and she is in the ThunderDome tonight for SmackDown.

Green posted a photo of herself on Twitter standing in the backstage ring at the ThunderDome. This is the ring where they conduct interview segments. She had a big smile on her face and seemed ready to get back to work.

The former Hot Mess from TNA posted no caption for the photo except “@WWE” and two blue heart emojis. She’s back on SmackDown, and we could see her tonight.

This is no guarantee that Chelsea Green will on on tonight’s episode of SmackDown, but she is backstage.