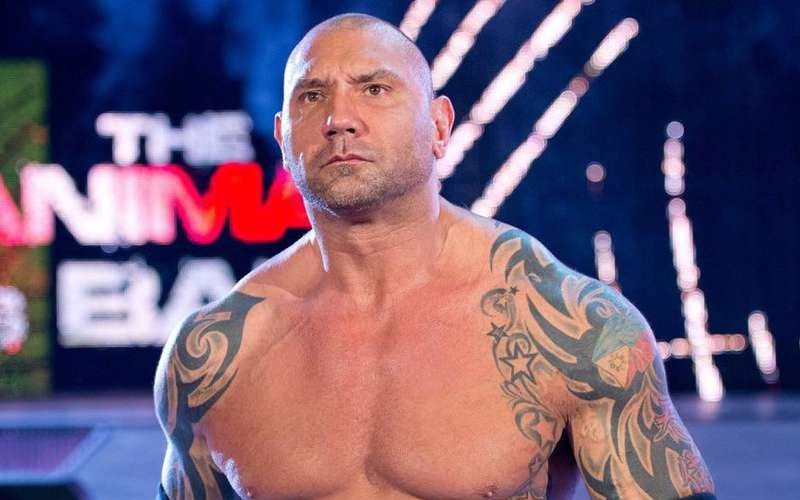 WWE is holding their Hall of Fame on April 6th as a Peacock special. It will not be a live show, and it will be pre-recorded and edited together.

Ringside News has been told that as of right now Batista is not slated to appear for the WWE Hall of Fame. He was a part of last year’s class, but a lot has changed since then.

WWE said that the class of 2020 will be a part of this year’s ceremony. They have yet to confirm any of those names publicly. They also added Molly Holly and Eric Bischoff to this year’s class of 2021.

It is unknown what the issue is with The Animal. We were told weeks ago that there was a possible problem and, as of eariler this week, Dave Bautista is still not confirmed to be a part of the April 6th event.

Things could always change in this situation with the right phone call. Right now the WWE Hall of Fame might not be inducting the entire class of 2020 as they originally planned.