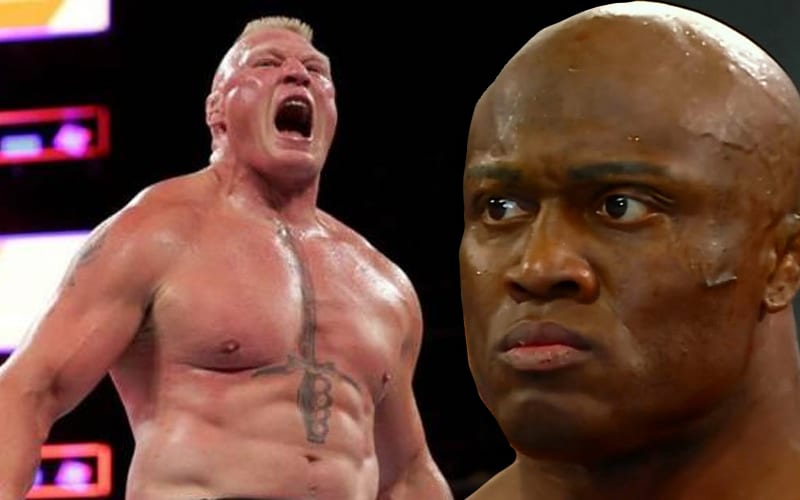 Brock Lesnar and WWE do not have a deal between the two sides, but those contracts are also kept very secretive. There is always the possibility that Vince McMahon will back up a money truck to Lesnar’s home and get him to make a return.

During Wrestling Observer Radio, Dave Meltzer was asked about the possibility of Brock Lesnar invading Drew McIntyre and Bobby Lashley’s WWE Title match at WrestleMania. It all boils down to money.

It was also revealed that Lashley was promised a match against Brock Lesnar years ago when he returned to WWE. So far they haven’t been able to make that happen.

Bobby Lashley really wants that match against Brock Lesnar. He’s willing to fight him in the MMA if that’s what it takes. The two have been compared to each other for far too long and The All Mighty is looking to find out what happens when he steps in the ring with the Beast Incarnate.

This could lead to a very interesting WrestleMania event because they have two nights’ worth of matches to book.