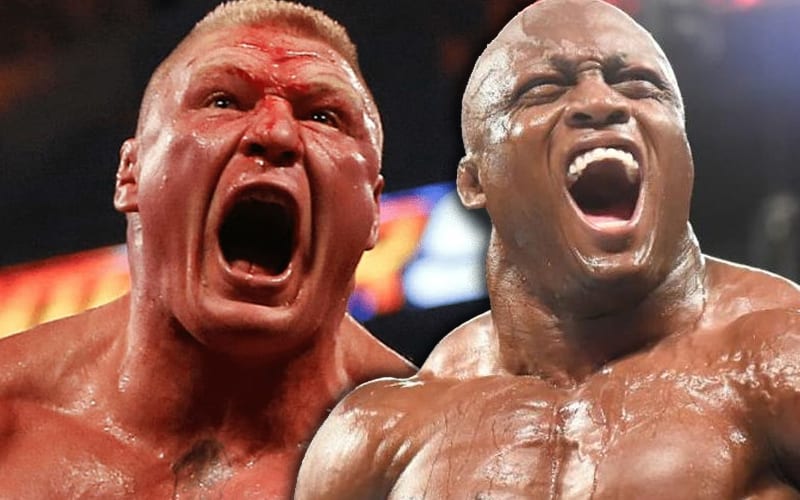 Brock Lesnar let his WWE contract run up after WrestleMania last year, and we have not heard anything about him signing a new deal yet. Those contracts are typically kept incredibly secretive until he shows up on screen.

Bobby Lashley is WWE Champion now and he is ready for Lesnar’s return. While speaking to Fox Sports, The CEO of the Hurt Business expressed a desire to face Lesnar.

The fans called for Lesnar vs Lashley before, but now he is the one pulling for that match to go down.

“Another person, ‘The Beast.’ Where is he? Is he trapped in the woods somewhere? Is he hiding? Is he ready for his big return? Like, where you at, bro? Everybody knows. You know. I know. Drew knows. Everybody knows that when Brock comes back, there’s gonna be a lot to answer to, and I welcome it,” he boldly stated. “Before, it was one of those things where everybody said they wanted to see that match, and that match was probably not ever gonna come. Didn’t have anything that he wanted. But I do now. So it’s different. We’ll see. We’ll see if ‘The Beast’ comes back out to play.”

The tealeaves seem to read that Drew McIntyre will step up to Bobby Lashley at WrestleMania with the WWE Title on the line. Brock Lesnar’s return could certainly change a lot of projected plans because he’s done it before, even during a match where the participants had no clue he was set to join the contest. Bobby Lashley will be ready.