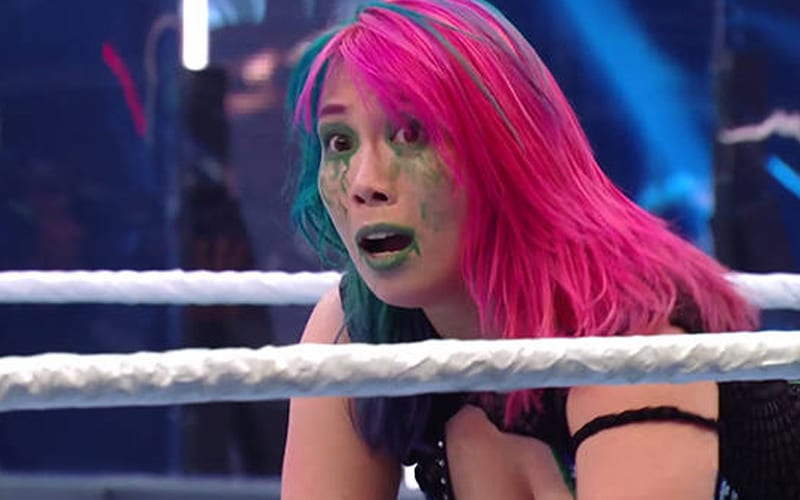 Asuka made her return to WWE television this week, but she won’t be over her recent injury for a while.

Shayna Baszler nailed Asuka right in the face during RAW a couple of weeks ago. There was also a fear that she suffered a concussion, but the Empress of Tomorrow is already back on television.

The RAW Women’s Champion updated fans using the NowVoice app message system. She revealed on the Japanese social media app that her current teeth are only temporary, and she will need about six months before her injury is totally okay. That will give her a reminder about Shayna Baszler’s kick for quite a while.

Asuka is currently not slated for a match at WrestleMania. She also isn’t featured on the WrestleMania poster, but Charlotte Flair is.

She did not mention anything about a concussion. It’s a good thing that Asuka could come back as she did, just in time to get back on the road to WrestleMania. Her teeth won’t be okay for another half a year.